1
All Scripts Copyright Protected
Nicholas DiFabbio
nicholasdifabbio.com
The second track on the Beatles 1968 White Album LP, is a fine John Lennon song and recording that is interesting on multiple levels.
In the spring of 1968, the Beatles and other celebrities traveled to India to study transcendental meditation with the Maharishi Mahesh Yogi. While there, John Lennon wrote many songs including Dear Prudence. The Prudence that John is singing about is Prudence Farrow sister of actress Mia Farrow. The ashram was located in Rishikesh where Prudence had become so serious about her meditation that she became a recluse and never ventured from her tent. John wrote the song as a simple plea for her to snap out of it, and come out and ‘greet the brand new day.’ Ringo remembered [Interview]
At the end of the demo for the song, John says ‘No one was to know that sooner or later she was to go completely berserk under the care of Maharishi Mahesh Yogi.  All the people around were very worried about the girl because she was going insane.’
Another interesting aspect of the record is the guitar introduction by John, playing in a new claw hammer style guitar picking technique. He learned this while in India from singer songwriter Donovan who was also in attendance. The guitar introduction is John alone semi - struggling with the new technique. Here is another clip from the demo.
Also, the track notes indicate that it was recorded at Trident Studio, not Abbey Road. Trident had installed state of the art 8 track recording equipment. This allowed them to craft the recording beautifully one track at a time while wiping each previous take,until each one was perfect. This method made the previous ‘take one, take two’ system obsolete. The first track is John on Acoustic guitar, George on Electric, and Paul on Drums. The fact that Paul was on drums reveals that there was tension within the group during this period. We will explore those tensions on future White Album songs.
Overall, Dear Prudence is a memorable John Lennon song, and to date the double White Album has sold over 19 million units. It is the tenth biggest selling album of all time in the US.
This is Susan Kreutzer for the Beatles, Song By Song.
Dear Prudence 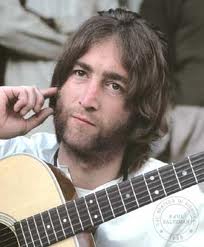