1
All Scripts Copyright Protected
Nicholas DiFabbio
nicholasdifabbio.com
Home
London in 1963 was a city buzzing with the energy of a music revolution waiting to be unleashed.
The Beatles had arrived and the Mersey Beat sound from Liverpool combined with Black R&B music from America, was sweeping through Britain
This atmosphere spawned many musical groups wanting in on the new sound. One such group was the Rolling Stones who in 1963 were creating a stir with their hard core blues interpretations. But they had not yet begun writing their own songs, which leads us to the story of I Wanna Be Your Man. Paul wrote the simple song in early '63 as a vehicle for Ringo to sing in their live shows. It was fashioned after the Sherelles song Boys, which Ringo was then singing at their concerts.
In September of that year Paul spotted Andrew Oldham with John Lennon in a taxi and asked the driver to stop so he could chat with them. Oldham was the Stones manager and was anxiously looking for a song to follow up their first single, which was a Chuck Berry cover called, Come On.  It sold one hundred thousand copies, but had not broken the top 20. Paul mentioned I Wanna Be Your Man, and the cab was then directed to Studio 51 on Newport Street where the Stones were rehearsing. They played the song for the then leader of the Stones Brian Jones. He liked the main chorus section of it. So John said if they wanted it he and Paul would finish it for them. They walked into a back room and literally a few minutes later re-entered the studio with the complete song. John Lennon; [Interview]
The Stones version was described as a slashing, savage rendition, void of Beatle cuteness and was released as a single on November 1, 1963. It went to number 12 on the charts and played a major role in launching the Rolling Stones as a major act on the London scene.
The Beatles still used the song as a vehicle for Ringo and recorded it themselves the day after they had offered it to the Stones. Their version, which was faster and lighter appeared on their second album With The Beatles,  released on a fateful day in America, November 22, 1963.
This Is Susan Kreutzer for the Beatles, Song By Song.
I Wanna Be Your Man
Click here to see an in depth written history of this song on our partner web site;
Beatles Music History. 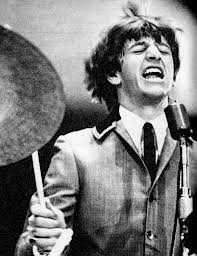 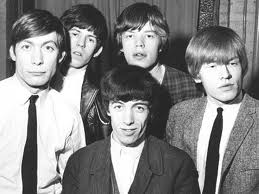 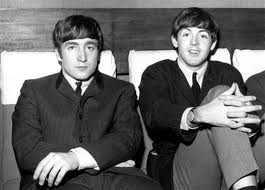