1
All Scripts Copyright Protected
Nicholas DiFabbio
nicholasdifabbio.com
Home
She Said She Said
On June 21, 1966 The Beatles were putting the final touches on the soon to be finished Revolver LP with mono and stereo mixing of many of the album’s songs. But there was a problem, the album was short by one song, they needed a 14th number. John Lennon presented a new song which the development of took place in the attic of his Kenwood home. Here are a few clips from those demo recordings as the writing process progressed.
At the beginning of the day on the 21st at Abbey Road Studio, the song had no title, but a mere nine hours later, it was titled and completely recorded, beginning to end, overdubs included. It was called She Said She Said. Upon hearing this song for the first time, it would be obvious to anyone, that mind altering drugs were intervening on John’s songwriting.
In fact, this was the case. The origin of the song goes back to the previous year. While on a six day break from their 1965 American tour, manager Brian Epstein had rented a huge Spanish style mansion on the side of a mountain in Beverly Hills California for the boys. On August 24, they threw a party. In attendance were the rock group the Byrds and an already stoned Peter Fonda, actor and son of famed screen actor Henry Fonda. They all, except for Paul McCartney took the hallucinogenic drug LSD. George Harrison, under the influence of the drug said to Fonda that he thought he was dying, Fonda reacted by saying that he ‘knew what’s it’s like to be dead’, referring to his near death experience at age 11 after an accidental self inflicted gunshot wound. Lennon, not knowing what he was talking about reacted negatively to this seemingly down idea and said, ‘who put all that stuff in your head’. John remembers; [Interview]
The following year John channeled that conversation.
Peter Fonda, to this day, takes partial credit for the inspiration of the song.
So on this 21st day of June, 1966 the collection of songs called Revolver, that would be hailed as one of the best rock albums ever was completed with the recording of the circular, mixolydian sounding, hard driving, and lyrically complex She Said She Said.
This Is Susan Kreutzer for the Beatles, Song By Song.
Click here to see an in depth written history of this song on our partner web site;
Beatles Music History. 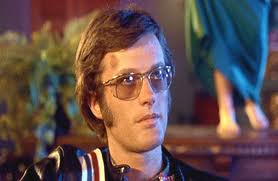 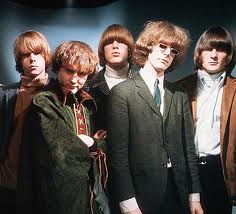 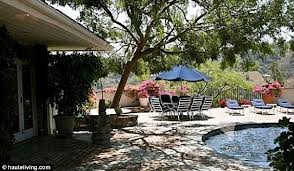 Where the Beatles stayed in LA in 1965
Peter Fonda, son of Henry Fonda
The Byrds 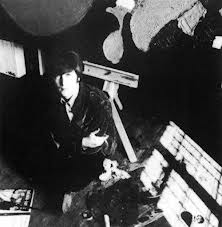