1
All Scripts Copyright Protected
Nicholas DiFabbio
nicholasdifabbio.com
John Lennon's simple song, A Day In The Life was taking on more and more complexity. Paul had contributed the middle section and now, as we described in Part 1, they needed something to fill the 24 measures that were counted out in between John and Paul's songs. Paul suggested the idea of a 90 piece orchestra playing 'what ever they wanted'.
Producer George Martin knew this would not work, but suggested that they created a controlled chaos. He would ask the now 40 musicians to start on their lowest note and slide up to the highest that corresponded to the notes of an E major chord. [Interview]
As Engineer Geoff Emerick manually guided the fader upward on the mixing board, the orchestra built to a mighty climax. This was repeated four times to fill up the 4 track tape recorder. The Beatles asked the musicians to wear full formal attire and were also given clown noses and hats. Because it was being filmed for a later TV broadcast, Beatles friends and musicians were invited including Mick Jagger, Keith Richard, Mike Nesmith, Marianne Faithful, and Donovan. The alarm clock that had been set to mark the end of the 24 measures went off and is audible on the final master. As luck would have it, the alarm clock was perfect because the first line of Paul’s middle section is, 'Woke up, got out of bed'. This was not planned and became a happy coincidence and perfect segue.
John concluded the song with a final verse again taken from the newspaper, this time a column in The Daily Mail of January 17, 1967 describing the counting of all the potholes in the city of Blackburn Lancashire. Needing a line that ended with a rhyme to the word 'all', friend Terry Doran suggested Albert Hall.
The last line of the song which was 'I'd love to turn you on' created enough controversy to get the song banned from many radio outlets including the BBC. [Interview]
The final chord was acheived by having John, Paul, Ringo and Mal Evans share three pianos and all simultainiously hit an E major chord while  engineer Geoff Emerick again slowly raised the fader as the piano sound rang for 53 seconds . He squeezed out the last drop of sound with the level being so high that at the very end that the sound of a chair squeaking can be heard.
A Day In The Life is widely considered as one of the best songs and recordings of the rock era and is the fitting ending of the Sgt Peppers Lonely Hearts Club LP.
This is Susan Kreutzer, for The Beatles Song By Song.
A Day In The Life Part 2 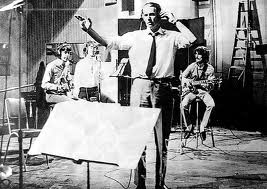 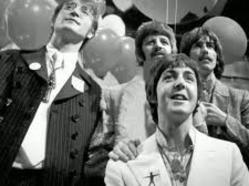 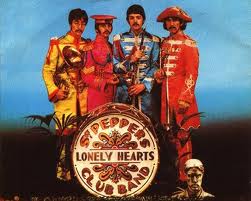 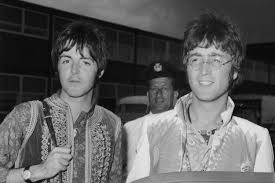