1
All Scripts Copyright Protected
Nicholas DiFabbio
nicholasdifabbio.com
In May of 1969, Paul McCartney asked producer George Martin if they could reunite to make ‘a proper album, the way we used to’. Martin, who had become somewhat estranged from the group during the Get Back sessions, agreed, but with conditions, as he recalled.
Most of the Abbey Road album was recorded between July 2 and August 1, 1969. It is regarded as one of the Beatles most tightly constructed LP’s. Paul had the idea of assembling a medley of songs strung together. Originally Side 1 was to be the medley but it was later switched. Aside from George Harrison’s Here Comes The Sun and Lennon’s Because, side 2 featured the 16 minute collection of snippets of songs that Lennon and McCartney had previously written. Paul worked with George Martin to carefully craft the medley, taking song keys, tempos, and content into consideration.
The medley begins with McCartney's You Never Give Me Your Money, a three part song first which alluded to the financial problems the Beatles were having with Apple records, then his money issues after college, then finally describing his new life with Linda Eastman.
Next was Lennon’s Sun King, which was the name given to Louis the 14th of France. It ends with Italian, Spanish and Portuguese words strung together in no particular order and also, completely made up words as per Lennon's specialty.
For Mean Mr. Mustard, John was inspired by a newspaper story about a miser.
Polythene Pam was really Pat Hodgett, a Beatles fan from the early days who literally ate polythene, and also from a dalliance John had with a woman in 1963 who wore lot’s of Polythene.
The medley continues in Part 2
This is Susan Kreutzer for The Beatles Song By Song.
Abbey Road Medley Part 1 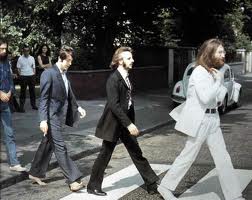 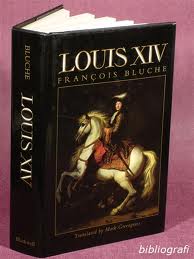 Known as 'The Sun King'
All Episodes 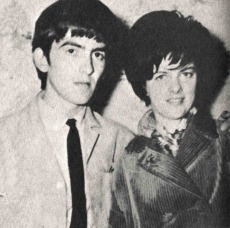