1
All Scripts Copyright Protected
Nicholas DiFabbio
nicholasdifabbio.com
In the summer of 1963, on a bus during a Beatles tour on the Moss Empire Circuit in England, Paul McCartney conceived of the lyrics for All My Lovin. The theaters on that circuit had big backstage areas. Paul found a piano there, and wrote the melody for his new song. It was the first time he ever composed the lyrics first, then melody.
All My Lovin was no doubt written for the girl he had met a few months earlier, in April. On that April 18th day at a performance at London’s Royal Albert Hall, a 17 year old Jane Asher, then known as Britain’s ‘best known teenage girl’ interviewed the Beatles for an article that she was asked to write for the Radio Times, which was the BBC's weekly television and radio program listings magazine. A photographer at the scene asked the Beatles and Asher to pose for a photo. From that interview and photo session, Asher and Paul McCartney commenced a five-year relationship eventually becoming engaged to marry in 1967.
Jane Asher had been an accomplished child actor. She also was a regular on the BBC television panel show called Juke Box Jury and would go on to appear in many films including 1966’s Alfie with Michael Caine.
In April of 63' she was chosen to represent the views of teenagers and to write the article for the Radio Times. She and Paul McCartney engaged in a lengthy conversation after the concert and began dating.
McCartney was invited to live in the Asher family home at 57 Wimpole Street in London and did so from 1964–66. The Asher house was a place of intellectual stimulation for McCartney. He enjoyed the rarefied atmosphere of upper-middle class conversation and company that the house afforded, and to which he aspired. Jane's father was a doctor and her mother Margaret was a professor of oboe at the Guildhall School of Music and Drama; coincidentally her best known student was future Beatles producer George Martin, who also originally was an oboist. She had a room set aside in their basement for music lessons.
Paul and John wrote several Beatles songs in that room including I Want To Hold Your Hand.
Paul was head over heals in love with Jane and some of his most beautiful love songs to her were written there including, And I Love Her, and Things We Said Today. As we will chronicle in a later episode, their relationship was more complicated than these pure affectionate songs, and one line from All My Lovin; ‘remember I’ll always be true’ turned out to be not entirely accurate. But in this early flush of love, as these innocent lyrics indicate, this was a Paul McCartney, very much taken for the first time in his life.
This Is Susan Kreutzer for The Beatles, Song By Song.
All My Lovin 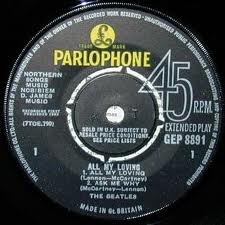 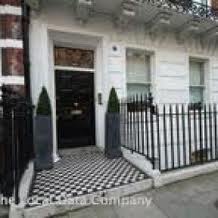 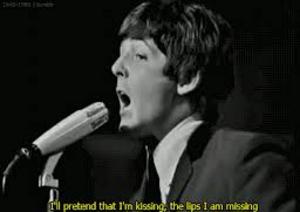 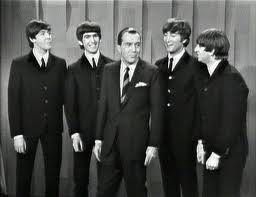 The first song performed on the Ed Sullivan
Show February 9, 1964
Home
Click here to see an in depth written history of this song on our partner web site;
Beatles Music History.
Stream the original recording on Apple Music