1
All Scripts Copyright Protected
Nicholas DiFabbio
nicholasdifabbio.com
The Beatles were aware at the time and also vaguely afraid that they were on the precipice of being a short lived phenomenon. It was 1964, their first movie A Hard Days Night was set to be released and the film's producer Walter Shenson was asked the question by distributors in the US; how many prints should we make of the movie, Shenson;
They had in previous interviews been asked what they would do when the bubble burst. Ringo would start a string of woman’s hair salons. John and Paul would continue to write songs for other artists. Of course they hoped, and even maybe knew deep inside that the Beatles was something more than a passing fad. But the fact is at the time, John Lennon was still as he said, ‘cranking out meaningless songs with one side of my brain’.  Just the kind of songs that could eventually be seen as passé. He would begin to incorporate the immense intellect he had shown in his books and paintings into his songwriting later, and produce the stunning music of Rubber Soul, Revolver and Sgt Pepper, but no one knew at the time that this would happen.
Any Time At All was written to fulfill the obligation to produce the rest of the songs for the British A Hard Days Night album that would accompany the film’s release. The actual United Artists Soundtrack album contained only 8 songs. Those were completed before filming began in March. But EMI wanted a full Beatles album, so those 8 were added to songs written and recorded after the film finished shooting.
In this period of May 1964, The Beatles were on separate holidays. John and Cynthia Lennon and George Harrison and Patti Boyd vacationed in Tahiti. This is where Anytime At All and John’s other late contribution to the album When I Get Home were written. It is clear from the feel of both of these that he was still heavily influenced by American Rhythm and Blues, and still searching for a voice of his own.
Yes, although the songs are infectious and very good, as has been stated here in this series, we believe that John, with his future wonderful flowering of creativity was the driving force in the band. So it can be logically surmised, that if Lennon had not broken out of this mode that the Beatles would not have taken the giant musical and even cultural steps that were to come. Steps that would change the course of musical history and society in general in the 1960’s and beyond.
Any Time At All 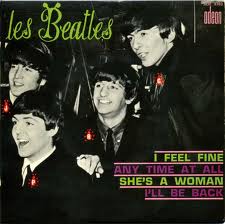 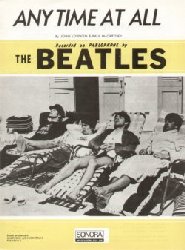 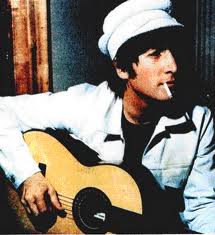 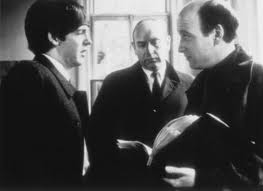