1
All Scripts Copyright Protected
Nicholas DiFabbio
nicholasdifabbio.com
In January 1967, the Beatles visited Knole Park in the county of Kent, England to shoot the promotional video for the soon to be released single Strawberry Fields Forever. Near their hotel was an antique shop that John and George wandered into. There for sale was a framed Victorian circus poster announcing that Pablos Fanque's Circus Royal would be presenting the ‘grandest night of the season’. The Circus was to be for the Benefit of Mr. Kite and would feature trampoline leaps, ‘somersets over men and horses, hoops and garters lasting through a hogs head of real fire’.
John bought the poster and wrote a song almost literally taken from it for the Sgt Peppers Lonely Hearts Club Band album, which they were recording at the time.
He worked with producer George Martin on how he wanted the recording to sound. He told Martin he wanted to ‘smell the sawdust’. Martin recalls; [Interview]
So he and John together played and combined various different sounding organs to create a tutti part as George Martin described it. [Interview]
Now they needed a ‘wash of sound’ as a backdrop to convey the chaos of noise found at a carnival. Martin thought of using a calliope, which are steam whistles played by a keyboard, however there were no authentic hand operated models to be found. So Martin found some old tapes of calliopes playing Stars and Stripes Forever and other Souza marches, and instructed engineer Geoff Emerick to cut the tapes into small sections, throw the sections into the air and reassemble them. [Interview]
To their amazement, the reassembled tape sounded almost the same as the original. So they tried again, this time turning the pieces upside down and backward. This did the trick and created a wonderful swirling fairground soundscape, which they then overdubbed onto the already recorded backing track.
The result was another stunning addition on the soon to be completed landmark Sgt Peppers Lonely Hearts Club Band LP.
Being For The Benefit Of Mr Kite 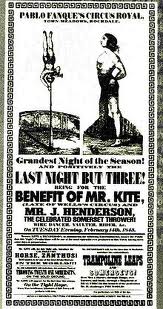 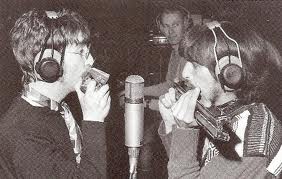 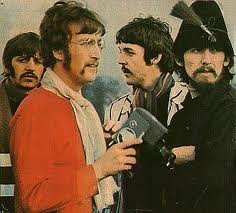