1
All Scripts Copyright Protected
Nicholas DiFabbio
nicholasdifabbio.com
‘You were only waiting for this moment to arise.' That’s the line that Paul McCartney had at his Scotland farm in the spring of 1968. He was reflecting on the civil rights movement in the United States, and the resultant racial strife and turmoil that was then sweeping through the US. He picked up the guitar, and began playing, as he later explained. [Interview]
The origins of the guitar accompaniment go back to the early days in 1950’s Liverpool before the four Beatles met. Paul would get together with George Harrison and work out guitar solos and duets to show off at parties. One musical thing they thought would be impressive was based on Johan Sebastian Bach’s Bouree in E Minor which was a well known lute piece. It has a melody on top with a moving bass line underneath. Their guitar rendition sounded like it, but there was a mistake in it, and that mistake was the inspiration for the guitar part in Blackbird as Paul explained [Interview]
So with the lyric idea in his head based on the racial situation in America, Paul then married it with the Bach like guitar part.
It was recorded as a solo piece on June 11, 1968 with George Martin producing and Geoff Emerick Engineering. Here is a clip from a rehearsal take.
On the final mix there is a metronome tapping that was deliberately left in. There were also bird sounds added which are different on the mono and stereo mixes.
Blackbird is included on the 1968 album titled The Beatles, better known as the White Album, released on November 22, 1968.
A strong and thought provoking song from the hand of Paul McCartney.
Blackbird 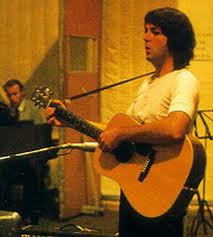 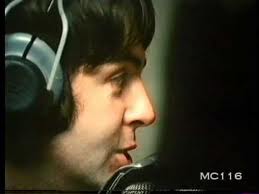 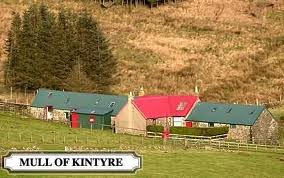 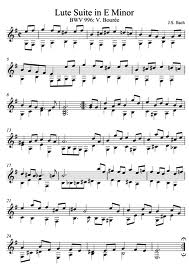