1
All Scripts Copyright Protected
Nicholas DiFabbio
nicholasdifabbio.com
One of the most recognized and famous guitar riffs of the rock era, starting on the low E string, utilizing scale tones as well as blue notes. It was written by John Lennon in the fall of 1965 in response to the need for a new Beatles single for the coming holiday season. It is loosely based on the Bobby Parker song; Watch Your Step, but it quickly became a Beatles riff, and the riff that started the new song; Day Tripper.
Paul also brought his new song We Can Work It Out for the single.
For Day Tripper, John wrote verses telling of a girl who is a ‘big teaser’ but the verses were just a vehicle to deliver the chorus line. John liked the word combination. He said it referred to people who could not afford to, as he could, to use LSD regularly. Like weekend warrior trippers.
Tripping was the term used to describe the effect of the hallucinogenic drug LSD.
The Beatles and LSD, the two came together the previous summer. John Lennon and George Harrison, along with their wives were introduced to the drug for the first time at a dinner party thrown by their dentist. George and John remember; [Interview]
Day Tripper, along with it’s the famous guitar riff was recorded on Saturday October 16, 1965. The rhythm track in the afternoon, and the vocals overdubbed that evening. The song is slightly unusual in that Paul sings the lead. Usually the main writer of the song, in this case John, would be the featured singer. John does join Paul in harmony in the verses. The double A sided single which included We Can Work It Out, peaked at #5 in the US, but was #1 in Britain for 5 weeks during the 1965 Christmas season.
Day Tripper
Click here to see an in depth written history of this song on our partner web site;
Beatles Music History. 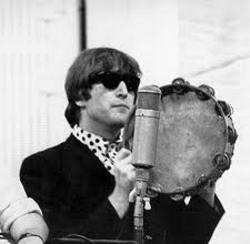 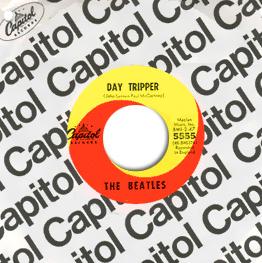 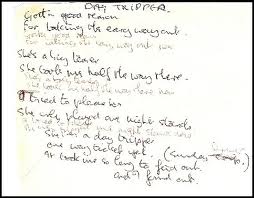