1
All Scripts Copyright Protected
Nicholas DiFabbio
nicholasdifabbio.com
The Decca Audition
In July 1961, 26 year old Brian Epstein was the manager of the family owned North End Road Music Store or NEMS in Liverpool, England. They sold pianos, sheet music and records. Epstein had proven to be an excellent salesman, and the store was very successful. Epstein had also become interested in the local music scene.
He and his assistant Alistair Taylor had come upon a record from Germany by the singer Tony Sheridan with the song My Bonnie backed by a group called The Beat Brothers, who were John Lennon, Paul McCartney, George Harrison and Pete Best on drums. The song reached #5 on the hit parade and Epstein took notice of it having sold a large number of them. NEMS music store was two blocks from a local club called The Cavern. When Epstein noticed in Mersey Beat that The Beat Brothers now called The Beatles were playing an afternoon set there Epstein wanted to check them out. Taylor and Epstein remembered;
[Interview]
Epstein decided to manage the boys and aggressively promoted the group. He finally found a taker at Decca records, which was run by Dick Rowe. Decca A&R man Mike Smith had seen a performance at the Cavern on December 13, 1961 and though not a record deal, agreed to an audition to be held at the Decca recording studios in London on January 1,  1962.
The group was driven down to London in a snow storm on New Years Eve 1961 by their assistant and roadie Neil Aspinall.
The Beatles played fifteen songs for Smith in just under an hour for the audition. Twelve were cover songs but three were Lennon McCartney originals. The first of the originals was called Like Dreamers Do, The second was Hello Little Girl, and the third was Love Of The Loved.
Mike Smith liked the group and wanted to sign them but Dick Rowe did not see the potential in the eclectic set of songs that Brian Epstein had chosen for the audition, and declined.
George Harrison remembered the rejection;
[Interview]
Guitar groups are on the way out.
This is an incredulous Susan Kreutzer for the Beatles Song By Song 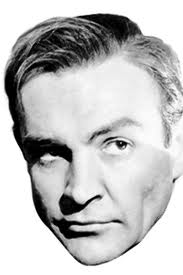 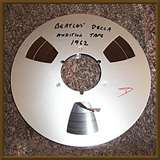 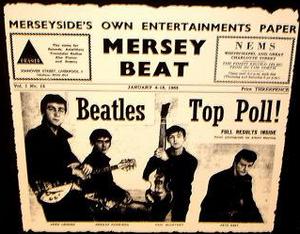