1
All Scripts Copyright Protected
Nicholas DiFabbio
nicholasdifabbio.com
The four Beatles loved each other, and they were very tight friends. There’s the oft told story of the early days and the van rides across the country side of England, Paul McCartney; [Interview]
And when the person on top was too cold to continue, he would then get the bottom.
The bond was made even stronger when during Beatlemania the only place they could be was in the hotel. In New York, they had an entire floor at the Plaza, but found the four of themselves in a closet to get away from the constant sound of screams coming up from the street.
But for George Harrison there was a kind of musical separation. Paul and John were the writers and main lead singers. And all the attention was being shifted to them. And after all, George was the youngest. Engineer Geoff Emerick; [Interview]
In a sense George became a bit of a musical loner in the group. Producer George Martin; [Interview]
As George Harrison also recalled; [Interview]
So George, in a effort to feel included in the musical progression of the group began writing songs. His first effort, and first song to be included on a Beatles album was Don’t Bother Me. He never liked the song, but thought it was a good exercise, it showed him that he was capable of maybe writing a good one in the future, as he certainly did. [Interview]
Recording began on September 11, 1963 with the usual two guitar, bass and drum lineup. It was decided that the song needed a change of structure and was re recorded the next day with overdubs of tambourine by John, claves by Paul, and Ringo on Arabian bongo.
Don’t Bother Me was included on The Beatles second British LP in 1963; With The Beatles and the first American album Meet The Beatles in 1964.
Don't Bother Me
Click here to see an in depth written history of this song on our partner web site;
Beatles Music History.

An overdub session for the song 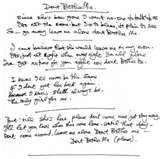 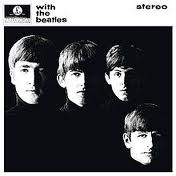 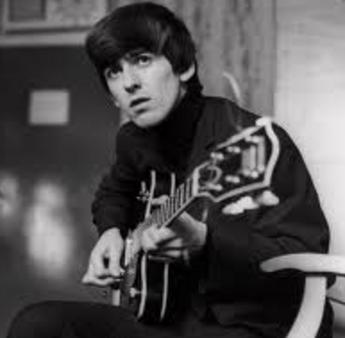