1
All Scripts Copyright Protected
Nicholas DiFabbio
nicholasdifabbio.com
Paul McCartney, in his book Many Years From Now said that early 1969 was a tense period for the Beatles. John Lennon was now with Yoko Ono, and she was omnipresent in his and the Beatles life. Producer George Martin;
Also the Beatles were in a death struggle, John Lennon;
Amongst all this was John trying to reconcile it all , to justify his divorce to the world and also his placing of all his hopes into one person, Yoko.
His song was a plea to her which said; I’m giving myself completely over to you, I’m putting myself out on a limb so please, Don’t Let Me Down.
Paul McCartney commented on the song also later  in his book saying that John and Yoko had escalated into heroin with all the accompanying paranoias. 'I think that as much as it excited and amused John, it secretly terrified him,  and that Don’t Let Me Down was a genuine cry for help'.
Harking back to previous songs like Help, and the similarly themed If I Fell, John, unlike Paul was not afraid to put himself out there in his lyrics with all their attendant nakedness.
The song was recorded in the basement studio at their offices on Saville Row in London on January 22, 1969 along with other songs for the then named Get Back album, and was played twice in the famous roof top concert of Thursday Jan 30, 1969. George Martin;
It was not chosen by producer Phil Spector for the 1970 Let It Be album but was on the B side of the Get Back single released on April 9, 1969.
Don't Let Me Down 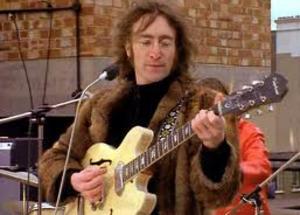 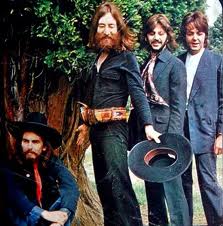 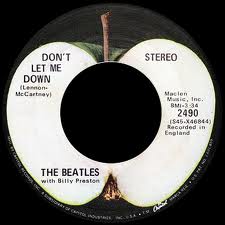