1
All Scripts Copyright Protected
Nicholas DiFabbio
nicholasdifabbio.com
Click here to see an in depth written history of this song on our partner web site;
Beatles Music History.
Paul McCartney in the summer of 1964 was without a drivers license. He would have to be chauffeur driven to John Lennon’s Kenwood Lane home for songwriting sessions. Paul lost his license the previous summer for a speeding offense along Seabank Road in Wallasey, Liverpool. It was his third offense and was told by Alderman WO Handford; ‘It’s time you were taught a lesson’ McCartney could not drive for a year.
So on this August day a year later, as he was being dropped off at John’s house, he asked the chauffer what kind of a week he had. His response was ‘I’ve been working eight days a week’.
If there was a Lennon McCartney songwriting period that could be characterized as a lull, or down period, it would have been late 1964. Lennon said of the time period, "There was a lousy period when we didn't seem to have any material for the LP and didn't have a single”.
The LP he was referring to was the Beatles fourth British effort, titled Beatles For Sale. This album, coming on the heals of the monster Hard Days Night movie and soundtrack, and before Help and Rubber Soul, was a tough slog for the boys and the album shows it with it’s 6 cover songs.
With the inspiration from the chauffeur, Eight Days A Week was fashioned into a song that though neither John nor Paul were particularly proud of, did turn out to be a catchy energetic record, indicative of the Beatles for this time period,  and it was slated to be the next single.
You can tell from the recording session out takes of October 6, 1964 that they were searching for ideas to make the song and recording unique. Here are some stabs at intros and other ideas that were not used.
Even though the completed record did have the requisite qualities of a hit single, the recording of a new song on October 19 titled I Feel Fine ended that discussion and Eight Days A Week was relegated to an album cut on Beatles For Sale. But why then is the song remembered as a big hit in the US? Because it was.
Capitol records had devised a scheme to keep Beatles fans in America happy. If they spotted a song on an album that they thought was a hit, they would withhold it from the album and release it later. So on February 15, 1965, after I Feel Fine and before Ticket To Ride, Eight Days A Week was released in the US and reached number 1 on the Billboard Hot 100.
Eight Days A Week 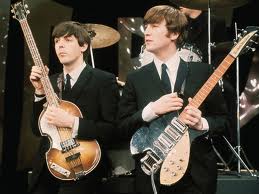 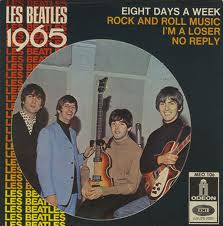 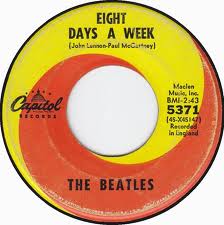