1
All Scripts Copyright Protected
Nicholas DiFabbio
nicholasdifabbio.com
It was the spring of 1967, and Paul McCartney was walking around Primrose Hill in London with Beatles biographer Hunter Davies. Referring to the weather, he said, ‘it’s getting better’ and then laughed. Davies asked why he was laughing and Paul said the phrase reminded him of something.
Rewind to June 1964. Ringo was ill and the session drummer Jimmy Nicol was brought in as a last minute replacement on the Beatles Australian tour. Whenever asked by the others how it was going, all Nicol ever said was ‘it’s getting better’. It became a joke within the group whenever they thought of him.
After the walk, Paul drove back to his home in St John's Wood and began working the phrase into a song. Later that evening John Lennon came around for a visit. Paul earnestly hit chords on the piano, singing cheerily, ‘It’s getting better all the time’. John laconically answered ‘It couldn’t get much worse’. And right there was essence of their songwriting partnership. Paul McCartney; [Interview]
John added further depth to the lyric by describing his past violent behavior writing, ‘I used to be cruel to my woman’.
Also in the song, he reiterates his evolution toward love with the line, ‘You gave me the word, I finally heard’ referring to his song from Rubber Soul, The Word.
The basic track was recorded on March 9, 1967 with drums, bass and guitars with the addition of producer George Martin striking the strings of a keyboard piannette with a mallet. This, along with Lennon’s rhythm guitar helped to produce the driving four feel that is the song’s signature sound.
A later session for the song, on the 21st has become famous to Beatles fans. After running through a few vocal takes on that night, John felt ill. He had mistakenly taken LSD instead of uppers and was clearly not with it. Producer George Martin, not knowing what was going on thought it would be a good idea for John to get some air. He escorted John to the roof and left him there. The roof had no fence or wall, with a straight 30 foot drop to the street.
A little later, Paul asked where John was, when Martin told them, it sounded alarm bells in George and Paul who were aghast. They quickly went to the roof to retrieve John before disaster struck. Ringo and George recall; [Interview]
On June 1, 1967 Getting Better was released as the fourth track on side one of the Beatles new LP Sgt Peppers Lonely Hearts Club Band.
Getting Better
Click here to see an in depth written history of this song on our partner web site;
Beatles Music History. 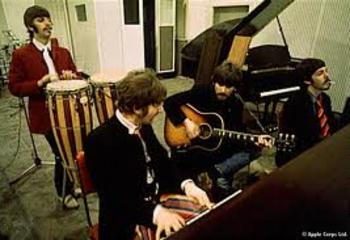 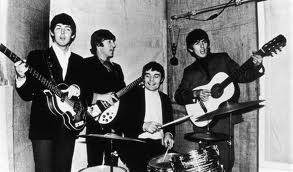 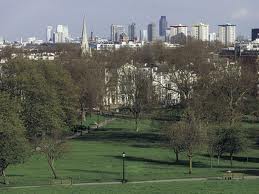 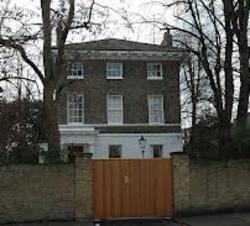 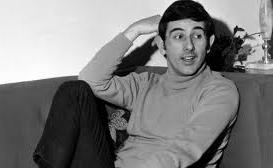