1
All Scripts Copyright Protected
Nicholas DiFabbio
nicholasdifabbio.com
Beatle historians often refer to the three albums which include 1965’s Rubber Soul, 1966’s Revolver, and 1967’s Sgt Peppers Lonely Hearts Club Band as the groups’ mid period. A fertile and musically unmatched span of recordings that followed Beatlemania.
John Lennon’s songwriting blossomed in this period to include songs with more thoughtful lyrics and complex music. The Rubber Soul LP contains among others, three gems from him, two of which; In My Life and Norwegian Wood we have explored in past episodes. We would like to turn our attention now to the 3rd song, which is titled Girl.
There were many songs especially early on that were, ‘work jobs’ as John and Paul described them later. 'Girl' started out like that; a song needed for an upcoming album, in this case Rubber Soul, and needed in a certain time frame. But as John dug into the lyric for Girl, it took on a few meaningful aspects for him. His marriage to Cynthia was beginning to unravel in 1965 and he was imagining the perfect girl.
Also, in the 1970 Rolling Stone interview he talks about the second verse that alludes to pain leading to pleasure and said he was trying to make a statement about Christianity which he was opposed to at the time. That it was a Catholic concept, 'be tortured and it’ll be alright’.
The concept bothered John and in a later interview with Maureen Cleave, he uttered the then very controversial ‘The Beatles are more popular than Jesus’ quote, which, although was not noticed in Britain, was reprinted 5 months later in a US teen magazine called Datebook. It created a firestorm in the southern US just as The Beatles were scheduled to tour there. Radio stations fanned the flame and fans began burning Beatles records. John later explained and apologized. [Interview]
Girl was the last song recorded for the Rubber Soul LP on November 11, 1965. The whooshing sound in the chorus is John taking in a breath very close to microphone. Just an instinctual reflex to fill empty space, the kind of creative slight of hand The Beatles were so good at.
This Is Susan Kreutzer for the Beatles, Song By Song.
Girl
Click here to see an in depth written history of this song on our partner web site;
Beatles Music History. 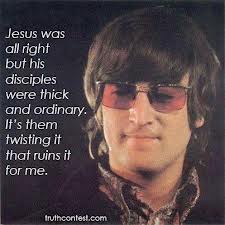 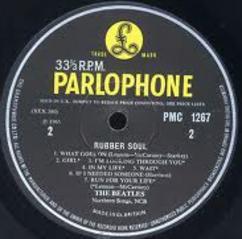 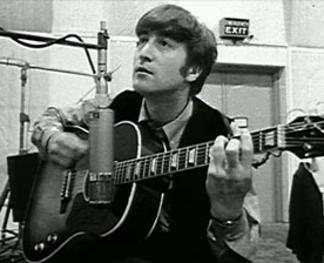