1
All Scripts Copyright Protected
Nicholas DiFabbio
nicholasdifabbio.com
Good Day Sunshine
The first performance by the Beatles on the Ed Sullivan show on February 9, 1964 had seismic implications and effect on the then fledgling Rock and Roll scene, changing popular music forever. One small event on that evening eventually led to the inspiration for Paul McCartney’s song, Good Day Sunshine.
A young folk singer songwriter named John Sebastian along with guitarist Zal Yanovsky were invited separately to future Mama and Papas singer Cass Elliot’s home on that evening to watch the historic broadcast. It was then that Sebastian decided to form
with Yanovski the folk rock group, The Lovin Spoonful. That groups’ 1966 top ten hit Daydream was Paul McCartney’s inspiration for his new song, to be included on the upcoming Revolver Album. Paul liked the simplistic skiffle quality of the record. The Lovin Spoonful’s song starts with a quarter note guitar feel reminiscent of the Motown Tamla rhythm found in songs such as Where Did Our Love Go and Baby Love. When Sebastian heard Baby Love he said, ‘we gotta have a tune like that’. McCartney then copped that same feel for his song.
He wrote it at John Lennon’s Weybridge home in June 1966 while waiting for John to wake up. It was a particularly bucolic sun filled summer that year. Paul sketched out the main section and then he and John finished it.
They immediately brought it to the studio and it was recorded in simple fashion with Paul and Ringo laying down the basic track on piano and drums. Overdubs followed the next day including backround vocals from John and George, handclaps from all four Beatles to strengthen the back beats,  an effective whooshing cymbal from Ringo, and a four bar honky tonk piano solo from George Martin utilizing the same technique he used on Rubber Soul’s In My Life, where they slowed the tape machine by half, he recorded the solo, then when sped up it takes the sound of being played fast.
Famed classical composer and conductor Leonard Bernstein commented on Good Day Sunshine in 1967 documentary; [Interview]
So from Ed Sullivan, to John Sebastian, to Motown to Paul McCartney; the evolution of a another great Beatles song that British music critic and author Ian McDonald said was 'superbly sung by McCartney and exquisitely produced by George Martin and his team' and 'displays the Beatles at their effortless best.'
This Is Susan Kreutzer for The Beatles, Song By Song
Click here to see an in depth written history of this song on our partner web site;
Beatles Music History. 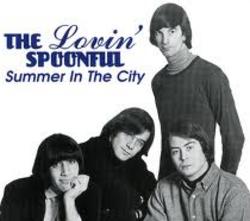 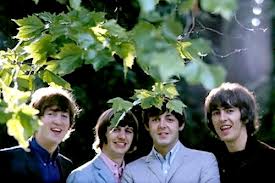 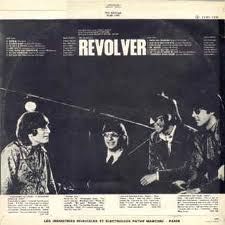 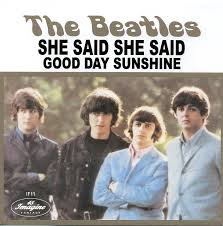