1
All Scripts Copyright Protected
Nicholas DiFabbio
nicholasdifabbio.com
Hello Goodbye
In the late summer of 1967, after the release of the Sgt Pepper's Lonely Hearts Club Band Lp a few months earlier, and after the death of the Beatles manager Brian Epstein on August 27th, Paul McCartney was asked by Epstein’s former personal assistant Alistair Taylor how he wrote songs.
McCartney took him into his dining room, where he had an old hand-carved harmonium. McCartney told him to hit any note on the keyboard, then he would do the same. Then McCartney would shout out a word and asked Taylor to shout the opposite, then he proceeded to make up a tune. Black ,White, then Yes, No then Good Bad, then Hello, Goodbye. A few days later Paul came to the studio with the completed song.
Paul later talked about the Geminian aspects of Hello Goodbye, the deep seated theme of duality in the universe, man woman, black white, good bad. Duality, with Paul accentuating the positive ‘You say goodbye, I say hello, you say stop, I say go'. He was advocating the more positive which reflected his personality. This outlook juxtaposed with John Lennon’s more fatalistic and realistic take on life, was one that made their partnership work so well.
Paul was also searching for a musical and mystical answer to Lennon’s All You Need Is Love, this was his message for 1967's summer of love.
The song was recorded on October 2, 1967 under the working title Hello Hello with vocal and guitar overdubs on the 19th. After bass guitar and cello were later added, the song was mixed on November 6. The unusual coda ending was added spontaneously in the studio. At first they weren’t happy with it but then Engineer Geoff Emerick added lot’s of echo on the tom toms and it was brought to life.
The Beatles filmed three video versions for Hello Goodbye at the Saville Theater in London. One while dressed in their Sgt Pepper uniforms which aired on the Ed Sullivan show on November 26th, another while dressed in their 1963 grey Merseybeat suits, which were resurrected for the last time, and one more dressed in street clothes. The film was not shown in the BBC due to union restrictions on lip syncing.
The single was backed on the B side with I Am The Walrus, to John Lennon’s annoyance who thought his song should have been the A side. It was released on November 24, 1967 and reached number 1 in the US and Britain. 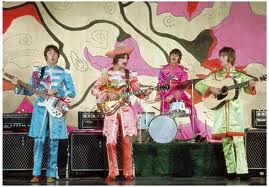 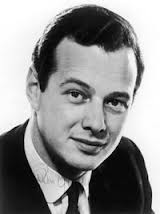 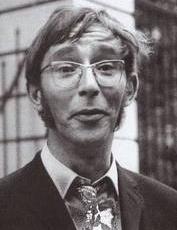 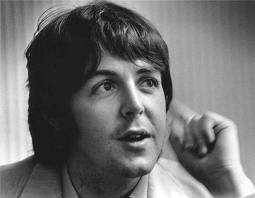