1
All Scripts Copyright Protected
Nicholas DiFabbio
nicholasdifabbio.com
Home
Here There And Everywhere
Regarded as maybe Paul McCartney’s greatest love song, ‘Here There and Everywhere’ marked a period of renewed love with girlfriend Jane Asher. The couple had gone through a difficult 1965 with Asher asserting her independence with her acting career.
But in June 1966, on the patio of John Lennon’s Weybridge home as Paul yet again waited for Lennon to wake up, he struck a E chord on the acoustic guitar and proceeded to write the song. When John awoke they took it inside and finished it. John made his customary contribution to the lyric. The contribution that surely took the song from what maybe later on a McCartney solo album would be another pretty melody, to a full fledged, great Beatles song.
The lyric structure is interesting in that the first two verses begin with a word from the title. 'Here' begins the first verse, 'There' begins the second  verse, then the bridge begins with the final title word, ‘Everywhere’.  The last verse ties it all together.
Also the song begins with an introduction harking back to the same device that John Lennon used in his 1964 song ‘If I Fell’, where he borrowed from traditional standard and show tunes an intro section not harmonically connected to the main melody, and never heard again. A ‘verse’ as it was referred to in those older Tin Pan Alley and Dance Hall songs.
McCartney says that the sound of the record and it’s lush vocal backing was inspired by the soon to be released Beach Boys album ‘Pet Sounds'. It seems that Beach Boy Bruce Johnston had brought an early disc of the album to London in 1966 and invited Lennon and McCartney to hear it, as he recalled; [Interview]
The song was recorded on June 14, 1966 in basic fashion with McCartney on rhythm guitar and bass, George Harrison on lead guitar and Ringo on Drums. Then all four Beatles performed finger snaps on a separate track. Overdubs on two succeeding days provided that lush vocal backup with Paul, John and George blending beautifully, creating the harmonic triads that add so much atmosphere to the recording, which was included on The Beatles 1966 landmark 'Revolver' LP.
Paul McCartney said 'Here There And Everywhere was one of his favorites. Former Beatles producer George Martin also mentioned it as one of his favorite McCartney songs. John Lennon in his 1980 Playboy Interview reportedly told McCartney at the time it was "The best tune of the album" and added it was"one of my favorite songs of The Beatles" 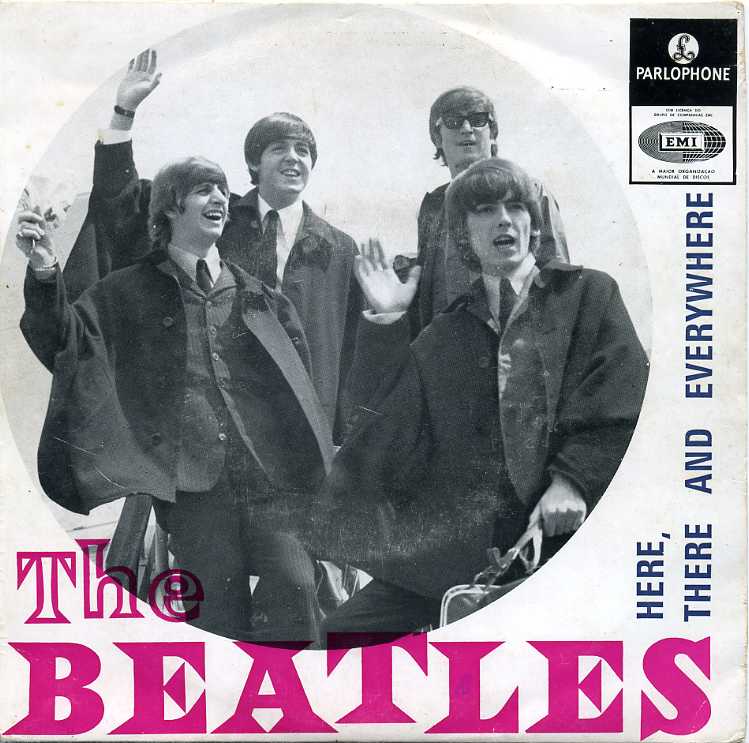 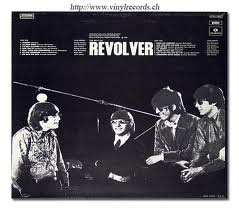