All Scripts Copyright Protected
Nicholas DiFabbio
nicholasdifabbio.com
After a day of meditation In Rishikesh India in February or March 1968, Paul McCartney was relaxing and playing a melody he'd had for a long time, but had no lyrics for.
With him was singer songwriter Donovan. They tried writing lyrics for the beautiful melody, something about the moon, McCartney remembered later, But he felt that the lyrics did not match the quality of the melody, and he discarded them.
Back in England McCartney attempted another set, this time, as he also said later, I kept searching for better words and I wrote my own set in the end; very simple words, straight love-song words really.
The recording was similarly time consuming, 67 takes in all beginning on September 16, 1968 with Paul on acoustic guitar, John Lennon tapping on metal with a piece of wood, and Ringo on percussion instruments: bongos, maracas and cymbals. George Harrison did not participate on this recording. They settled on take 65 being the best for overdubs. But there were some characteristic Beatle detours along the away. On take 19 Paul ad libbed a new song, 28 seconds of which appeared later on the White Album as an introduction to Revolution 9.
On take 35 they veered off again as McCartney began singing ‘Step Inside Love’ a song he had written for Cilla Black, and at John’s prodding, another improvised song called Los Paranioas.
Also this bit of fun riffing on the standard Just The Way You Look Tonight.
The recording of I Will is unique because Paul, instead of contributing his bass part with a bass guitar, did it with his voice, yes the bass part is sung.
Paul said later, “it's still one of my favorite melodies that I've written. You just occasionally get lucky with a melody and it becomes rather complete and I think this is one of them-- quite a complete tune.” He also talked about the great variety of styles on the White Album and the latin feel of the song.
I Will appeared on side 2 of the Beatles White Album, released November 22, 1968.
This is Susan Kreutzer for The Beatles Song By Song.
I Will
All Episodes
1 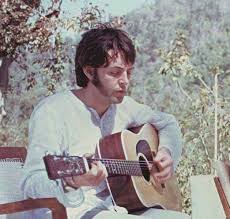 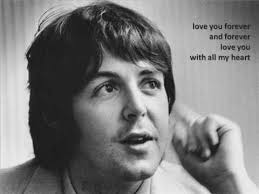 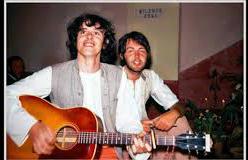