1
All Scripts Copyright Protected
Nicholas DiFabbio
nicholasdifabbio.com
Home
The origin of John Lennons' I Call Your Name predates the Beatles, possibly as early as 1957 when he got his first guitar. In 1980 he said it was his attempt at a bluesy song. Paul McCartney remembers working on the song with John at his Forthlin Road home shortly after joining the Quarrymen, also in 1957.
In 1963 when Beatles manager Brian Epstein was asking the boys for songs for his other artists, Lennon dusted off the song, added a middle eight section and it was then given to another Mersey Side group, Billy J Kramer and the Dakotas, whose recording was added to the B side of their July 1963 hit single Bad To Me, which was also a Lennon McCartney composition.
Since I Call Your Name was only a B side for Kramer, Lennon again resurrected the song in March 1964 as he and McCartney were composing material for the upcoming A Hard Days Night movie and soundtrack but director Richard Lester rejected it as unsuitable for the film.
The Beatles version of the song has some interesting elements. It is only the second use in a pop song for the newly invented Rickenbacker 12 string guitar. The first being in the A Hard Days Night song, I Should Have Known Better. The sound of which would become ubiquitous in the 1960’s.
George Harrison was given only the second one made by it’s inventor Francis C. Hall while the Beatles were in New York in February 1964  for their Ed Sullivan show appearances. It is prominently displayed on the I Call Your Name recording including two different introductions, one for the mono release and another for the stereo. Here is the mono intro, and stereo.
The 12 string guitar solo is also interesting as it employs an attempt at Reggae or Ska, as John Lennon remembered years later; [Interview]
I Call Your Name would not appear on a British album until the 1988 Past Masters compilation. In 1964, it was released on the The Beatles Second Album in the US, and later that year in Britain on the EP titled Long Tall Sally.
I Call Your Name
Click here to see an in depth written history of this song on our partner web site;
Beatles Music History. 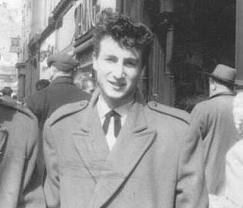 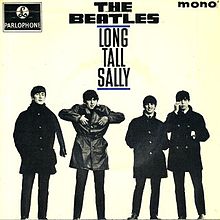