1
All Scripts Copyright Protected
Nicholas DiFabbio
nicholasdifabbio.com
Home
In December 1961, Paul McCartney began dating seventeen year old Iris Caldwell, whose brother was rival bandleader Rory Storm of Rory Storm and the Hurricanes. Coincidentally their drummer at that time was Ringo Starr.  Iris Cadlwell was a professional dancer and Paul loved her legs.
Some months later in July of ‘62 while driving home from a Beatles concert in Southport Lancashire, Paul conceived the lyrics of a song he titled; Seventeen whose first two lines were, 'She was just seventeen, she’d never been a beauty queen’.
In September, in the front room of his Forthlin Road home, Paul showed the song to John Lennon, as he describes, [Interview]
The song became a popular entrant in their stage act in 1962 into 1963 and they honed it to perfection. Paul later said that he lifted the bass line from Chuck Berry's I’m Talkin' About You.
When they were signed to EMI records in early 1963, producer George Martin considered recording the group live, then settled on the what is the now the famous Feb 11 10 hour recording session that would feature performances of songs from their live shows.
At 10 am the first song attempted was Seventeen, soon to be re titled I Saw Her Standing There. After 12 takes and some edit pieces requested by Martin, Martin decided that the very first take was the best, which featured lot’s of reverb on George Harrisons guitar solo, but did not have the signature 1234 count off. That was taken from take nine and edited on to front of the master.
Here is a clip from take 9.
The song became the B side of I Want To Hold Your Hand which was the Beatles breakout single in America, released on December 26, 1963 and was chosen by Capitol records because of it’s driving up-tempo beat.
In 2004 I Saw Her Standing There was ranked number 139 on Billboards top 500 rock songs of all time.
I Saw Her Standing There
Click here to see an in depth written history of this song on our partner web site;
Beatles Music History. 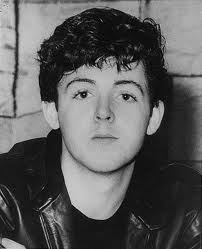 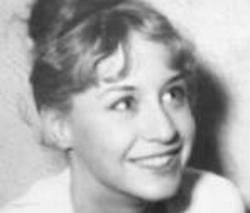 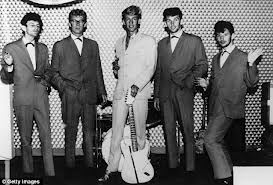 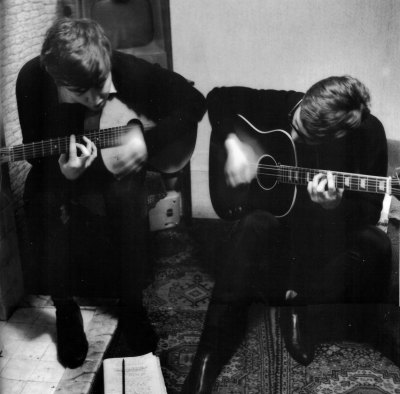 A photo taken by Paul's brother Mike McGear in September 1962 of  Paul and John working on I Saw Her Standing There at Pauls' Forthlin Rd home.
Stream the original recording
on Apple Music