1
All Scripts Copyright Protected
Nicholas DiFabbio
nicholasdifabbio.com
Home
If there was a song and recording that encapsulated the exuberance and raw energy of Beatlemania, it was the song written by John Lennon and Paul McCartney in the fall of 1963.
Up to that point, they had three #1 songs in a row in England on the EMI owned Parlaphone label that were all turned down by Capitol records in America. Producer George Martin ; [Interview]
But they all flopped, as Paul recalled [Interview]
Manager Brian Epstein had commisoned them to write a song for the American market.
Nose to nose is how Lennon described the scene. Sitting close together in the den of Jane Asher's house, John on pedal organ, Paul on piano. John had the opening line. [Interview]
But it was a the confluence of many events, the perfect storm coming together that would launch I Want Hold Your Hand and the Beatles in America.
American TV host Ed Sullivan and his wife, stuck in Heathrow airport on Oct 31, 1963 saw fifteen hundred screaming teenagers and asked what was going on, he was told it was for The Beatles who were returning from Sweden. He said 'Who the hell are The Beatles'?
On December 10, Walter Cronkite aired a segment from England on the CBS Evening News about The Beatles. A DJ from WWDC in Silver Spring Maryland saw the CBS piece and ordered a copy of I Want to Hold Your Hand flown over on BOAC airline. He began playing it in heavy rotation. Also, the small labels Vee Jay and Swan that had released She Loves You and From Me To You were now selling more and more of those records. On December 26, 1963 Capitol records was forced to release I Want To Hold Your Hand. [Interview]
By January 10, 1964 it had sold over a million units and by February 1 it was #1 on the Billboard Hot 100.
Since the Beatles had told Brian Epstein that they would not go to America unless they had a number one hit there, [Interview] It worked out perfectly because Ed Sullivan, through negotiations with Epstein, had booked the Beatles for their first American TV appearance.
On February 9, 1964 the Beatles performed I Want To Hold Your Hand and four other songs to a screaming audience and 73 million people watching at home.
I Want Hold Your Hand became the Beatles best selling single with 12 million sold and remains the definitive snapshot of the true beginning of the rock era in America.
This is Susan Kreutzer for The Beatles, Song By Song.
I Want To Hold Your Hand 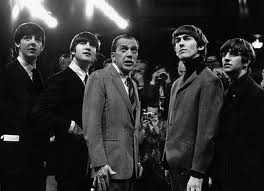 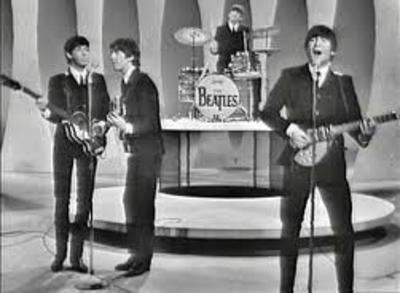 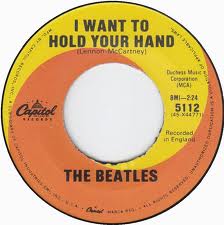 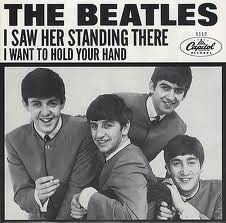