1
All Scripts Copyright Protected
Nicholas DiFabbio
nicholasdifabbio.com
Home
In January 1964, John Lennon and Paul McCartney were directed to write new songs for the upcoming Hard Days Night film. It is amazing that they took this command so matter of factly, and more amazing that the songs produced were so good. They wrote seven songs in seven days, If I Fell being one. Paul explained; [Interview]
If I Fell was primarily John’s song. Here he is solo on acoustic guitar as he demoed the song.
A departure from the simplicity of Johns earlier songs, the lyrics describe complicated feelings as he asks a new love if she will be true and to help him understand his feelings. He was married to Cynthia at the time and by his own account was ‘a coward’ and would not leave her to be alone, but still indulge in infidelity. This song was the first indication of things to come in lyric content for John. He says ‘love is more than just holding hands’ a direct reference to the earlier I Want To Hold Your Hand, and ‘I couldn’t stand the pain, if our new love was in vain’.  Complicated feelings indeed.
It was recorded on February 27, 1964 and is notable for the harmonically intricate introduction which gives nod to an earlier era when poplular songs had, in the vernacular of the time, verses that set up the chorus or, as they used to say; refrain. The refrain is the main section of the song, in this case when John and Paul sing ‘If I give my heart, to you’.
Even though written by John, the main melody of If I Fell is sung by Paul in the open key of D because as we heard on the demo, it is in a high range for John’s voice. Keeping in mind that in this early period with the Lennon and McCartney not being able to read or write music, and not knowledgeable to the intricacies of key changes, they just defaulted to the open guitar keys of D, G, A and E.  In other words, they didn’t know how to change the key to drop it few steps for Johns voice. But as it turned out, John fashioned a beautiful lower harmony that he sings along with the melody. But even Paul had trouble in one spot, his voice cracks at the end of the 2nd bridge on the word ‘vain’.
If I Fell was included in the Hard Days Night film and accompanying soundtrack album. It was decided that the boys would have no girlfriends in the film so John sings the song to a supposedly sulking Ringo. The takes were difficult to get as they couldn’t stop laughing at the scenario.
The first live performance of the song was on a BBC radio show Top Gear on July 16 1964 here is clip from that performance.
The song was a favorite of The Beatles and they performed it regularly in their shows throughout 1964.
This is Susan Kreutzer for The Beatles Song By Song
If I Fell
Click here to see an in depth written history of this song on our partner web site;
Beatles Music History. 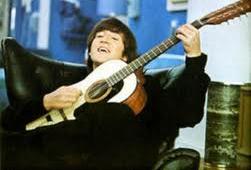 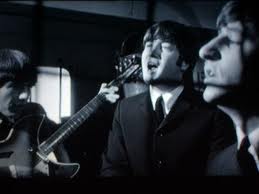 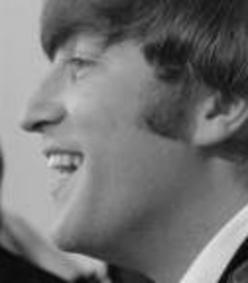 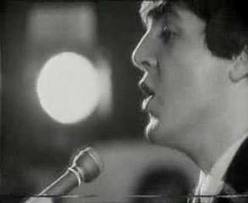 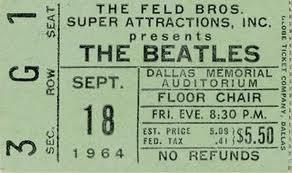