1
All Scripts Copyright Protected
Nicholas DiFabbio
nicholasdifabbio.com
Home
I'll Follow The Sun
Anyone trying to write a good song knows how difficult it is. Being simple in melody and lyric is the hardest of all to achieve. That is why it is astonishing to think that a 16 year old Paul McCartney, sitting in the parlour of his Forthlin Road home in Liverpool circa 1958, could write such an effectively rendered melody with lyric to match. But that is how his song I’ll Follow The Sun was written.
By 1958 Paul had already met John Lennon and joined his group the Quarrymen. In 1960 a recording of I’ll Follow The Sun was made by that group in the bathroom of Paul’s Forthlin Road home. The feel of the song was different then, more like an electric rockabilly shuffle . Also the bridge words and melody were slightly different. The bridge lyric appears to have been ‘Well, don’t leave me alone, I need you now hurry and follow me my dear’
A recording of this version exists with John, Paul and George Harrison on guitars, Stuart Sutcliff on bass and presumably Tommy Moore on drums. Here is a clip.
As we noted in the Eight Days A Week episode, in the latter half of 1964 John and Paul were in need of songs for their upcoming December LP release Beatles For Sale. Paul remembered I’ll Follow The Sun from six years earlier and he and John changed the feel and tone of it by employing a lighter, acoustic touch. They re wrote the bridge, and while in the studio, added a harmony melody for John which was worked out by producer George Martin.
It is often asked why some of the Beatles softer songs were not brought to light earlier in their recording career. The answer is that they themselves, and they surmised Great Britain also, thought of the Beatles as an R&B rock group, and they did not want to tarnish that image there. This strategy held even into 1965, when Yesterday was not released as a single in England, but only in America.
I’ll Follow The Sun was recorded in eight takes on October 18, 1964. One notable exception to the usual line up, Ringo, instead of playing drums, tapped on his legs with bare hands. Also, in an otherwise good spirited session, one point of contention was the guitar solo. John had been playing an acoustic solo on all the takes. But George was a bit annoyed and went to the control room and said that he thought he was the lead guitar player in the group. So on take eight, space was left for his simple but effective eight note electric solo.
The song was released on The Beatles fourth British LP, Beatles For Sale on Dec 4, 1964.
Click here to see an in depth written history of this song on our partner web site;
Beatles Music History. 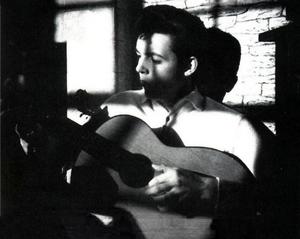 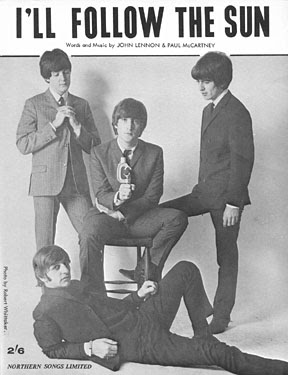 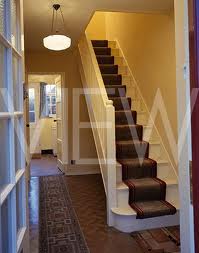 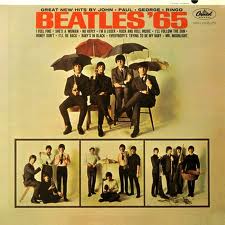