1
All Scripts Copyright Protected
Nicholas DiFabbio
nicholasdifabbio.com
Home
John Lennon met Paul McCartney on July 6, 1957 in Woolten England which was a suburb of Liverpool,
at the St Peters Parish church fete, or fair.
From that moment on, fate would intervene on their behalf, through adding George Harrison on guitar, Pete Best on drums, who was later replaced by Ringo Starr, through endless touring of the English countryside, through the clubs in Hamburg Germany, through the hot and sweaty gigs at the Cavern Club, through meeting record store owner Brian Epstein who would become their manager, and finally meeting George Martin who would become their record producer, then finally the  audition for Martin held at EMI studios in London on June 6, 1962. There the Beatles recorded some of their early songs, among them Love Me Do.
At this point, their original drummer Pete Best was still in the group. Here is a clip of Love Me Do from that June 6 audition.
Martin did not think much of the material he heard that day but thought enough of them as people to offer a contract with the EMI record label. Martin however asked that they use a different drummer, so Pete Best was replaced.
And on Sept 4, for their first official recording session, they re recorded Love Me Do, along with  PS I Love You with Ringo on drums. A clip from Sept 4.
Martin was till not satisfied with the drumming, and a subsequent session was booked for Sept. 11 using session drummer Andy White. This recording is distinguished from the other two by the tambourine part, which Ringo is playing.
The song was written by McCartney at age 16 circa 1958 while skipping school. Lennon later added the middle eight section.
On all three recordings John played harmonica, which would be the signature devise they used on their first few records including Please Please Me, and From Me To You. Lennon recalls; [Interview]
Love Me Do and PS I Love You were released as a single on Oct 5, 1962 and reached number 17 on the British charts.
After Beatlemania  hit America  the song reached number one there in the summer of 1964.
This Is Susan Kreutzer for the Beatles, Song By Song.
Love Me Do 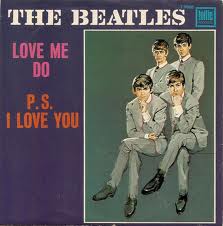 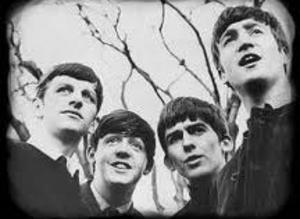 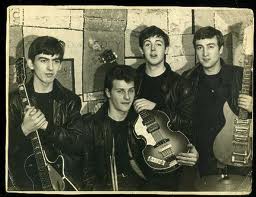