1
All Scripts Copyright Protected
Nicholas DiFabbio
nicholasdifabbio.com
Home
In June 1967, EMI released The Beatles Sgt Pepper's Lonely Hearts Club Band LP.
Among the many extraordinary tracks on the album was the song Lucy In The Sky with Diamonds. It would be controversial enough at the time to be banned on the BBC. The reason for this was the title, which when taking the first letter of each word spelled the initials LSD.
It is understandably hard to reconcile the coincidence because Lennon was experimenting with the drug at that time, but John was always steadfast in his innocence. As he told it many times, he was home at Kenwood in early 1967 when his son Julian returned from nursery school with the painting he had done of a girl flying. He showed it to John, John then asked what it was. He said it was Lucy In The Sky With Diamonds.
Lucy was Julian's classmate Lucy ODonnell. John loved the image and wrote the song, as he told it. [Interview]
Paul and Ringo corroborated this in their recollections [Interview]
Whatever the origin or hidden meaning, it is a gem of a song with a lovely harpsichord intro, as producer George Martin demonstrates, [Interview], which leads to the beautiful lyric images which were inspired by Lewis Carroll's Alice In Wonderland that float over the lilting three quarter time verse melody in the key of A.
Then comes the change to the key of Bb for the pre-chorus, leading to the driving 4/4 time chorus in yet another key G. Lennons voice as always, evocative and haunting.
Elton John recorded the song in 1975 with Lennon on guitar and backround vocals under the pseudonym Doctor Winston O'Boogie.
This Is Susan Kreutzer for The Beatles, Song By Song.
Lucy In The Sky With Diamonds
Click here to see an in depth written history of this song on our partner web site;
Beatles Music History. 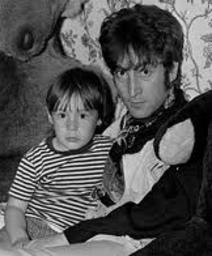 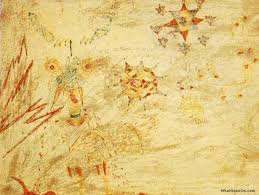 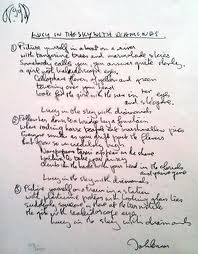 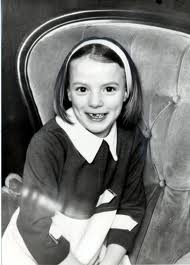