1
All Scripts Copyright Protected
Nicholas DiFabbio
nicholasdifabbio.com
Home
On April 11, 1967 as he flew back from visiting Jane Asher in Denver, Paul McCartney conceived the idea of a TV film called Magical Mystery Tour.
The Mystery Tour would be the filming of a free wheeling bus ride which was based on the trips people would take from Liverpool to see the Blackpool Lights, which was an annual electric light display along the streets of the seaside resort town of Blackpool. George Harrison remembered; [Interview].
They had a rough sketch of a plot, and with hired actors would get on the bus, and film what ever happened.
The song was recorded in April 1967 with McCartney bringing into the studio only the title and first line of the lyric.
On August 27, while The Beatles were in Bangor Wales with the Maharishi, their manager Brian Epstein was found dead of an apparent accidental overdose of barbiturates. The group was shocked, saddened and as John Lennon said later said; scared; [Interview]. Epstein did everything for them business wise, as George Harrison recalled; [Interview].
It was in this sad aftermath that the group convened and decided to proceed the Magical Mystery Tour project.
At this critical point, McCartney felt the need, in his mind, to help and take on more of a leadership role, a role that had been slowly transforming over the past few years into the main creative force behind the The Beatles. This perceived new leadership role created some friction between he and John Lennon.[Interview]
In any case, in September they began recording songs for the film. It would not be a full LP album, but a six song EP.
In America it was released as an 11 song album, padded on side two with the A and B sides of 1967 Beatles single releases.
The hour long film was shown in black and white by the BBC on December 26, 1967 Boxer Day in England, and was a critical disaster. Two days later it was shown on BBC 2 in color to a more favorable response.
The album was a critical and commercial success, being grammy nominated and number one in the US for 8 weeks.
This is Susan Kreutzer for the Beatles, Song By Song.
Magical Mystery Tour 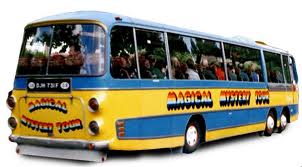 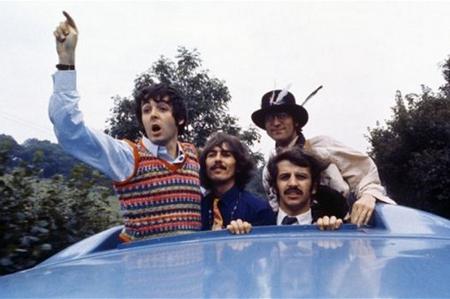 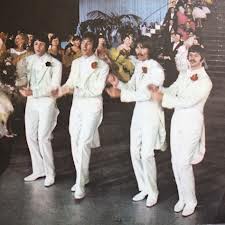 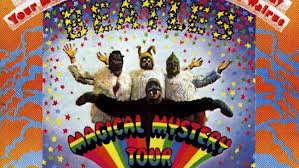 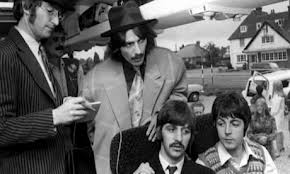