1
All Scripts Copyright Protected
Nicholas DiFabbio
nicholasdifabbio.com
Home
In the fall of 1965, The Beatles were writing and recording songs for the Rubber Soul LP. The album would signal a departure in recording and songwriting style for the group. Up to this point their songs were lighter fare written with their fans in mind. But this was changing as Ringo, Paul, and John later described.
[Interview]
With this frame of mind simmering in John’s subconscious, he took to writing a song for the Rubber Soul album, but could come up with nothing ‘of meaning’ as he put it. He told Playboy magazine "I'd spent five hours that morning trying to write a song that was meaningful and good, and I finally gave up and lay down. Then 'Nowhere Man' came, words and music, the whole damn thing as I lay down".
He later described the nowhere man to writer Maureen Cleave; ‘He can sleep almost indefinitely, is probably the laziest person in England. 'Physically lazy,' he said. 'I don't mind writing,  reading, watching or speaking, but sex is the only physical thing I can be bothered with any more.'
It was the first Beatles song to be not about love or a relationship. Paul thought it may have been about John’s marriage, but John told him later that it was about himself, that he thought he was going nowhere. He said, ’I can get up and start doing nothing straight away. I just sit on the step and look into space and think until it's time to go to bed...
Nowhere Man, recorded on the 21st and 22nd of October 1965  was noteworthy at the time for the sound of the guitars, especially the string sound during the solo. It turns out that The Beatles forced the engineers at Abbey Road to put full treble on the recorded guitars and when that wasn’t enough, run the guitar tracks through another fader, adding full treble again. That sound, combined with heavy compression, amplified every finger move, hence, the high pitched slide scratch in the solo and the biting electric sound that made it to the final recording.
The song was released as a single in the US on February 15, 1966 with What Goes On and reached number 3 on the billboard hot 100.
This Is Susan Kreutzer for the Beatles, Song By Song.
Nowhere Man
Click here to see an in depth written history of this song on our partner web site;
Beatles Music History. 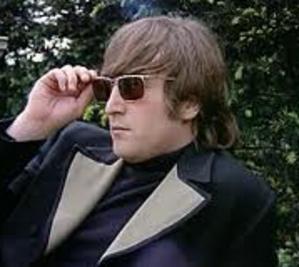 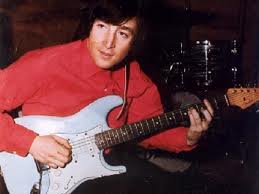 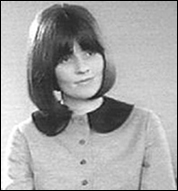