1
All Scripts Copyright Protected
Nicholas DiFabbio
nicholasdifabbio.com
Home
You can imagine how hard it must have been for George Harrison and Ringo Starr to present new, self composed songs at  Beatles recording sessions.
Eventually, Harrison proved to be very successful with songs like Something, and Here Comes the Sun.
This was not the case with Ringo, [Interview]  But he always took it well and assumed the roll of Beatles drummer with grace and humour. Especially on albums like Sgt Pepper, he would sit for hours in the studio waiting to play while the others worked out complex vocal arrangements and overdubs, as he recalled; [Interview]
But while on a family holiday in Sardinia in 1968, on a boat owned by actor Peter Sellers, he received the inspiration for the song Octopuses Garden.  [Interview]
Ringo later said that it fit perfectly with how he was feeling saying ‘I just wanted to be under the sea too, to get out of it for a while'.
Then, the following year, during the Let It Be sessions, he introduced the song to the group. A scene in the Let It Be movie shows George Harrison helping Ringo with the chord changes for the song.  [Interview]
Recording began on April 26, 1969 with the usual line up, McCartney on bass, Lennon and Harrison on electric guitars, and Ringo on guide vocal and drums.
The Harrison and McCartney backing vocals during the guitar solo were heavilly compressed to create a gurgling sound and Harrison added the bubbles sound by blowing into a glass of milk with a straw.
The song was featured on the 1969 Abbey Road Lp.
This is Susan Kreutzer for the Beatles, Song By Song.
Octopus' Garden 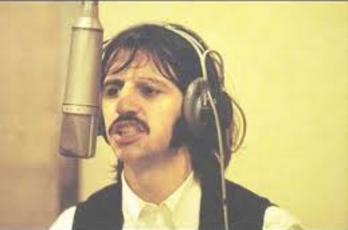 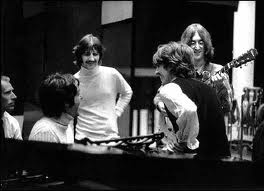 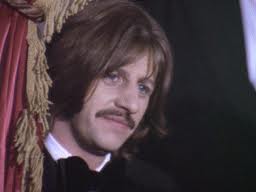 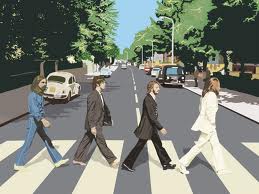