1
All Scripts Copyright Protected
Nicholas DiFabbio
nicholasdifabbio.com
Home
What has become abundantly clear in the decades since The Beatles breakup, is the fact that the songwriting by John Lennon and Paul McCartney never reached as solo writers, the level of brilliance and resonance that they achieved during their time together.
A prime example of this is the 1967 double A sided single release Penny Lane/Strawberry Fields Forever. Even when writing a song primarily alone in those days, there always was the specter of the other, there to impress, there to better, there to help with the few bits that would turn the song from good, to great. A friendly competition. Producer George Martin [Interview]
Paul McCartney [Interview]
So when recording began for the Sgt Pepper LP in December of 1966, John brought in Strawberry Fields, and Paul answered with Penny Lane. Penny Lane was the name given to the busy shopping area in Liverpool at Allerton and Smithdown Road. It is named after James Penny, an 18th century slave trader. The lyrics describe a street scene that is mostly a fictional nostalgic rememberance by Paul as this is where he and John spent a lot of time together in their younger days. [Interview]
Recording for the song began on December 29 with piano as the main instrument. But the solo break was lacking something, here is the original attempt at the solo. Then at home, while watching TV, Paul heard Bach's second Brandenburg concerto played by Dave Mason on piccolo trumpet. Paul was intrigued with the sound, trumpeter Mason Recalls; [Interview]
With Penny Lane and Strawberry Fields Forever now complete the group could move on to the rest of the album. But manager Brian Epstein was worried, George Martin recalls [Interview]
So the double A sided single was released in February 1967.
This Is Susan Kreutzer for the Beatles, Song By Song.
Penny Lane 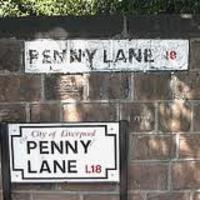 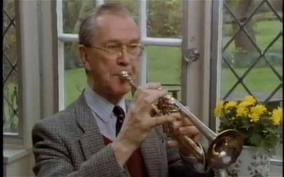 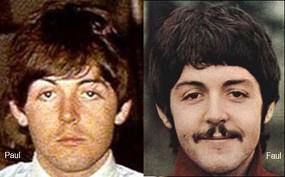 Trumpeter Dave Mason -1994
'A pretty nurse is selling poppys from a tray'
Free As A Bird Video
Click here to see an in depth written history of this song on our partner web site;
Beatles Music History.
Stream the original recording on Apple Music