1
All Scripts Copyright Protected
Nicholas DiFabbio
nicholasdifabbio.com
Home
In the fall of 1962 John Lennon sat on his bed in the front bedroom of his house at 251 Menlove Ave in Liverpool and began writing a song. [Interview]
In October 1962 EMI had released the Beatles first single Love Me Do which peaked at #17 on the British charts. Producer George Martin, who guided and mentored the young group talks about what he did when the group first began to record. [Interview]
Now Martin, not sure if they could write a hit song, needed a second single.
Martin recalls his doubt. [Interview]
So he presented the boys with a Mitch Murray composition entitled How Do You Do It. The group reluctantly recorded it.
But The Beatles wanted to record their own songs and were not happy with the prospect of releasing that cover song. John had already composed Please Please Me as Paul McCartney tells it. [Interview]
But as Martin recalled, it was slow and dreary and needed work. He would insist on releasing How Do You Do It unless the new song could be improved. So they tried a faster version on Sept. 11th with Andy White on Drums. Here is some of that recording.
But Martin was still not satisfied. The boys stood on principle and asked for more time to fix it. John and Paul then worked and reworked the song, carefully removing any resemblance to the Orbison song from which it was inspired. They then came back to Abbey Road studio in November with the much improved version, adding a harmonica line, vocal harmony, vocal call and response and re-recorded it with Ringo on drums. Upon completion of the 18th take Martin was so taken with the atmosphere of it, he proclaimed;  "you’ve got your first number one". [Interview]
He was right. In fact the exuberance and raw energy of it exploded off the record and electrified the British pop music scene. On February 22, 1963 the single reached # 1 in England.  Beatlemania had begun..
This Is Susan Kreutzer for The Beatles, Song By Song.
Please Please Me
Click here to see an in depth written history of this song on our partner web site;
Beatles Music History. 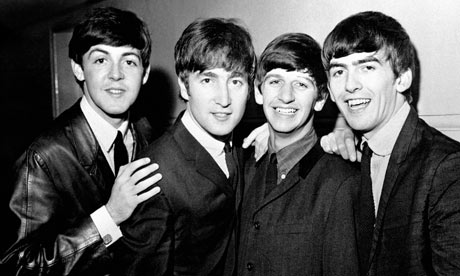 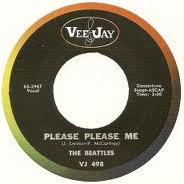 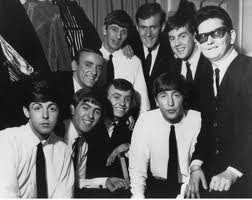 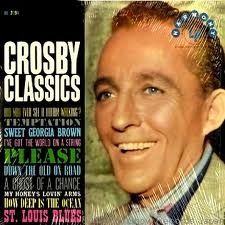