1
All Scripts Copyright Protected
Nicholas DiFabbio
nicholasdifabbio.com
Home
On May 30, 1968, the Beatles convened for the first recording session of what would become the White Album. They started with a John Lennon composition titled, Revolution . It was a slow rocker with purposely ambiguous counter culture lyrics. It would be the first of three songs by that title that The Beatles would release. [Interview]
While in India with the Maharishi in 1968, John felt pressure from radical left wing groups to commit to their causes, this song was Johns answer to them. Change as he saw it should not come violently, but through changing the heads and attitudes of people. But one line of the lyric did cause a stir at the time, he sings about destruction and you how you can ‘Count me ‘out’, then sings ‘in’ . As he remembered, he himself was somewhat undecided at the time, but then later conceded that he was for non violent change. [Interview]
On the slow White Album Revolution , John, as was his habit, downplayed the heavy-ish lyrics with a light musical feel that included doo wop backround vocals, rockabilly guitar groove, and Beach Boy horn riffs. On take 18, the recording veered off to an intense rock groove as The Beatles dug in for a memorable performance which lasted over 10 minutes. The last six minutes of this take which included feedback, discordant jamming, John screaming ‘alright’, and Yoko Ono talking would become the basic track for ‘Revolution 9’, the 8 minute avante guard soundscape that would appear later on the White Album.
John wanted to release the first six minutes as a single, but the others thought it was too slow for a single. [Interview]
John, somewhat perturbed, decided to go to the other extreme and initiated the July 10 recording session where the song would be sped up and recorded with raunchy distorted electric guitars. The guitar sound was distorted by using the unorthodox method of plugging them directly into the console, and cranking the volume till the VU meters were pinned.
The two guitar, bass and drum track blistered with excitement. John overdubbed two venemous vocal tracks; making lyric mistakes that were left in the final mix. One mistake is on the first verse, John sings two different things at; ‘You tell me that it’s evolution’ On one take he says ‘constitution’, resulting in a non word, ‘evoltution’. This recording became known as Revolution 2.
It was released as the b side of a single along with Paul's Hey Jude on the Beatles new Apple label on August 26, 1968.
A remarkable record that stayed on the Billboard charts for 19 weeks including nine weeks at #1.
This is Susan Kreutzer for the Beatles, Song By Song.
Revolution 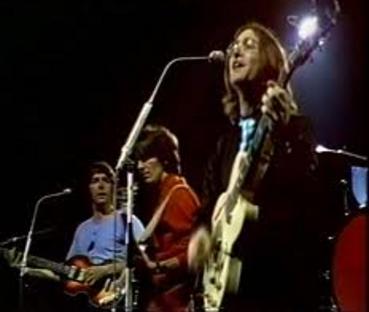 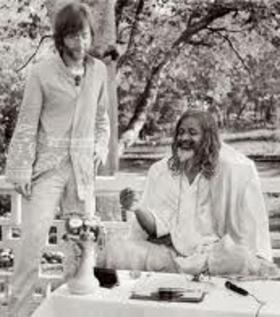 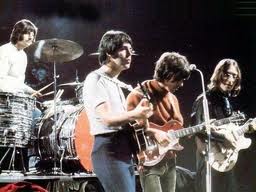 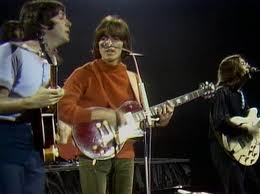 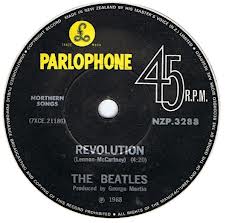