1
All Scripts Copyright Protected
Nicholas DiFabbio
nicholasdifabbio.com
Home
In February 1968, The Beatles traveled to Rishikesh India to study Transcendental Meditation with the Maharishi Mahesh Yogi. The Maharishi, whose real name was Mahesh Prasad Varma, was born January 12, 1917 in Jabalpur India. He developed the technique called Transcendental Meditation or TM. He was the ‘Guru’ or leader of the movement. George Harrison; [Interview]
The Beatles were at a crossroads in 1967, having transitioned from their earlier pop image, they were in search of more meaning in their lives. [Interview]
They had first met the Maharishi eight months earlier in London after attending one of his lectures, and were impressed. [Interview]
They decided to travel to India and study full time there. Ringo, however returned home after only two weeks, he didn’t like the food. Paul followed two weeks later, but George and John stayed for four months.
Many songs were written there by Paul, George and John. One of the more revealing John songs was called 'Sexie Sadie', whose original title was ‘Maharishi’.
It seems that John soured on the Maharishi toward the end of his visit because of rumors that the guru was making sexual advances toward some of the women in the camp, including Mia Farrow. In Mia Farrow’s biography, she vaguely refers to him putting his arm around her in a dark cave. Whether anything else happened has never been proven but at the time it shook John, who looked upon The Yogi as a spiritual man. John reveals some of his feelings in this musical narration.
Before they left the ashram John confronted Mahesh and told him that they were leaving; [Interview]
He wanted to name the song ‘Maharishi’ but was talked out of it for presumed legal reasons by George who suggested he change the name to 'Sexie Sadie'. The lyrics tell of his disillusionment. Here is a clip from an early demo before he changed the title.
Sexie Sadie appears on Side 3 of the record titled, ‘The Beatles’, better known as 'The White Album’
This Is Susan Kreutzer for The Beatles, Song By Song
Sexie Sadie 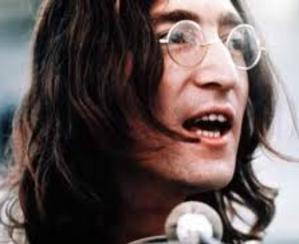 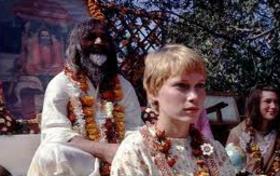