1
All Scripts Copyright Protected
Nicholas DiFabbio
nicholasdifabbio.com
Home
She Loves You
On June 26, 1963 two hours before a concert at the Majestic Ballroom in Newcastle upon-Tyne England, John Lennon and Paul McCartney sat across from each other on twin beds in their hotel room and began writing a song.  [Interview]
In a van the night before, Paul was thinking of a Bobby Rydell record called Forget Him. [Interview]
Their recent songs had employed a trick that they had devised using I, me, and you in the titles, giving first person immediacy to the lyrics. This time he thought of approaching it from the third person perspective.
[Interview]
Paul and John worked on it in the hotel room and finished it the next day at Paul’s family home on Forthlin Road in Liverpool with his father sitting in the next room watching the tele. They played the song for him which he liked but  suggested they sing ‘She Love You Yes Yes Yes', which had the boys rolling on the floor with laughter.
She Loves You was recorded direct to 2 track on July 1, 1963 and utilized the soon to be famous 'woo' sound in the vocal. [Interview]
John and Paul had put a funny sounding chord at the very end as producer George Martin remembers;
[Interview]
Parlaphone, The Beatles British record label received a staggering 235 thousand advance orders for the record,  but in America the group was still virtually unknown.   Capitol Records had refused their first two singles; Please Please Me and From Me To You, which were released on the small Vee Jay label to no attention. So when Capitol was approached with She Loves You they declared the Beatles ‘stone cold dead’ in the US. She Loves You was then released by a tiny Philadelphia label called Swan. But still no one cared, and nothing happened .
Three months later Capitol finally released I Want To Hold Your Hand as the British invasion swept America. Swan re released She Loves You, where it went on to 15 straight weeks on the charts, two weeks at number one, at one point joining four other Beatles songs in the top five.
It was performed  on the Ed Sullivan Show on February 9, 1964 and has endured as one of the lasting snapshots of the innocence vibrancy and excitement that was to be the hallmark of Beatlemania.
This Is Susan Kreutzer for The Beatles, Song By Song.
Click here to see an in depth written history of this song on our partner web site;
Beatles Music History. 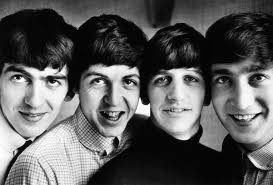 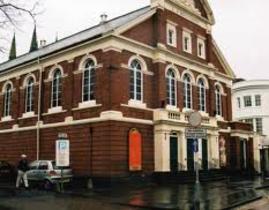 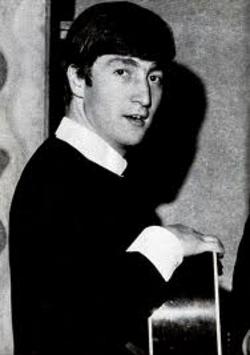 The Majestic Ballroom
Stream the original recording on Apple Music