1
All Scripts Copyright Protected
Nicholas DiFabbio
nicholasdifabbio.com
Home
She's A Woman
‘That creative moment, when you come up with an idea, is the greatest, it’s the best. You’re filled with a knowledge that you’re right, when much of your life is filled with guilt and the knowledge that your probably not right’.
That was Paul McCartney talking about the magic moment of creation, the moment he experienced when the song She’s A Woman came to him. McCartney said the hardest songs to write were the rock and roll songs. He said that artists like Little Richard and Chuck Berry could just knock them out one after another, but for them, being as he said ‘white boys’ it wasn’t so easy. So they would copy the style, filter it through their own influences and experience, and create their version of rock and roll songs. Paul thought ‘She’s A Woman’ would be an A side single, but John brought in his new song, I Feel Fine, Paul recalled; [Interview]
She's A Woman is a fine Paul McCartney rocker that showcases the high, raspy vocal sound that Paul could easily produce, singing the bluesy melody which in standard McCartney fashion sweeps from low to high, the device he used on so many of his songs.
Paul actually received some criticism at the time for the highness of the vocal, as he recalled [Interview]
She’s A Woman was recorded at Abbey Road Studio on October 8, 1964 the same day that Paul conceived of it while walking the streets of St John’s Wood in northwest London.
Lennon’s rhythm guitar is distinctive on the record. Rather than playing on all four, Lennon accents the off beats of 2 and 4 along with Ringo's snare drum. This created the driving feel that is the songs’s signature sound. For the first time on a Beatles record there is a veiled drug reference with the line ‘turns me on when I get lonely’ Lennon later said they were quite proud to have snuck that in while evading any censoring from the BBC.
The single I Feel Fine backed with She’s A Woman was released on November 23, 1964 and was the first of six number one songs in row for the Beatles. A record at that time.
,
Click here to see an in depth written history of this song on our partner web site;
Beatles Music History. 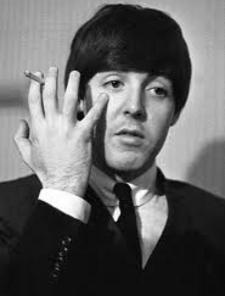 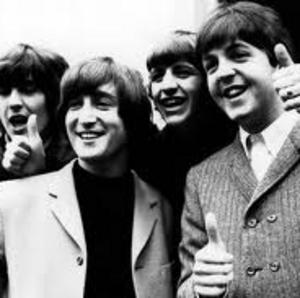 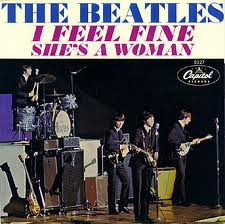