1
All Scripts Copyright Protected
Nicholas DiFabbio
nicholasdifabbio.com
Home
She's Leaving Home
In early 1967, Paul McCartney noticed an article in the The Daily Mirror newspaper about a 17 year old girl who had run a way from home. Her name was Melanie Coe. The story moved Paul to write one of his most poignantly beautiful songs.
But as almost always was the case in those days, it was John Lennon’s contribution that completed the picture, and turned a good idea into a timeless recording.
Paul began sketching out the story. Aside from the inspiration from the article, it is a fictional story with the girl leaving home at 5 am and leaving a note. Paul showed his lyrics to John, who suggested the Greek chorus type answers in the chorus, taking the parents perspective. The chorus also features a single C chord, which was a departure for the duo, they normally would have changed the chord, but in this instance, it worked beautifully, and as Paul sustains his vocal lines, John answers plaintively from the parents perspective.
There was some controversy surrounding the line, ‘meeting a man from the motor trade’ who was thought to be an abortionist, but as was the case in other Beatles songs, it was only over thinking by critics and fans. Paul had no thoughts of abortion.
Amazingly, Paul had met Melanie three years earlier when she was a contestant on the TV show Ready Steady Go.
Here is clip from that show.
In 2010 Ms. Coe, the girl who inspired a Beatles song, was asked why she did leave home all those years ago.
The song appeared on the seminal 1967 Sgt. Peppers Lonely Hearts Club Band Lp.
This Is Susan Kreutzer for The Beatles, Song By Song.
Click here to see an in depth written history of this song on our partner web site;
Beatles Music History. 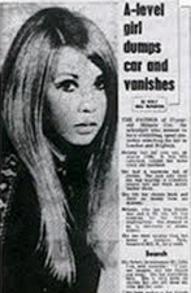 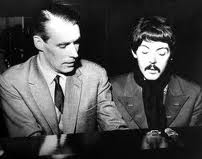 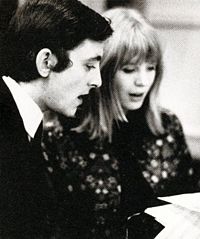 Mike Leander (with Marianne Faithful).
He did the string arrangement for the song because George Martin was not available.
Stream the original recording on Apple Music