1
All Scripts Copyright Protected
Nicholas DiFabbio
nicholasdifabbio.com
Home
That'll Be The Day
Percy Phillips was a 60 year old electrical goods shop keeper in Liverpool England in 1955.
Feeling that he needed something more to do, and also having been taken by the country music craze then popular in England, he plunked down 400 pounds, about 900 dollars, for a portable tape recorder and disc cutting lathe. His ‘recording studio’ was the living room of his house at 38 Kensington Ave. People would come, wait in a small waiting area, and when it was their turn perform in front of a single microphone. Phillips would then transfer the tape to lacquer disc for a total cost of 17 shillings and 6 pence, about 2 dollars.
In 1958, five members of the Quarrymen, with only 15 shillings between them lugged their guitars and amps on a bus to make a record at Phillip's studio. John Lennon, Paul McCartney, George Harrison on guitars, John Duff Lowe on Piano, and Colin Hanton on drums, performed the Buddy Holly hit ‘That’ll Be The Day’ in front of that single microphone. John on lead vocal, Paul on harmony vocal and George providing the guitar intro. The date is thought to be July 12, 1958 but that is in dispute within the group and has never been verified.
The B side, also recorded on that day was a McCartney/ Harrison composition titled ‘In Spite Of All The Danger’.
Lennon again sang the lead. Since the boys did not have the full amount of payment, Phillips held on to the disc after the session.
The group returned later with the balance of 2 and 6, and left the studio with their very precious cargo, a very breakable 78 rpm record 10 inches in diameter.
The disc's label instructions stated "Play with a light-weight pick-up", but there was no mention of the words ‘Quarry Men’. The name Beatles would not be thought of for another 2 years, John Lennon;
[Interview]
It was agreed that the disc would be in the possession of each member for 5 days. So they dutifully passed it along, until it reached the piano player, John Duff Lowe, who kept it for the 5 days, then stored it in a sock drawer for next 23 years. In 1981, as he was about to put it up for auction, McCartney stepped in and bought it for an undisclosed sum.
McCartney then had the disc’s sound quality restored and made 50 copies of the single that he gave as personal gifts to family and friends.
The recordings were included in both the US and the UK versions of The Beatles Anthology Volume 1,
released on November 21, 1995.
In 2004, Record Collector magazine named the original pressing as the most valuable record in existence, estimating its worth at £100,000 pounds, or about 160,000 US dollars.
This Is Susan Kreutzer for The Beatles, Song By Song. 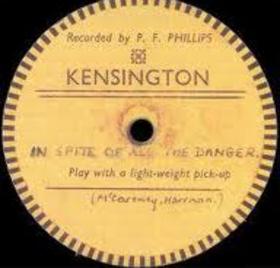 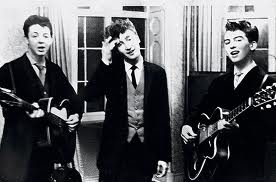 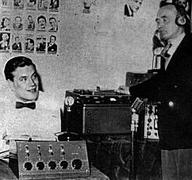 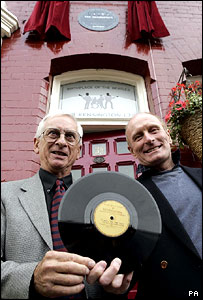