1
All Scripts Copyright Protected
Nicholas DiFabbio
nicholasdifabbio.com
Home
On November 9, 1966 John Lennon visited an exhibition at the Indica Art Gallery in London. The exhibition, titled Ceiling Painting, was the work of a 33 year old Avant Garde artist named Yoko Ono. The viewer was invited to climb a white ladder, where at the top a magnifying glass attached by a chain hangs from a frame on the ceiling. The viewer uses the reading glass to discover a block letter instruction beneath the framed sheet of glass – it says "Y E S." John was immediately taken by this and from that meeting commenced, aside from his mother Julia, the defining female relationship of his life.
Cynthia filed for divorce on August 22, 1968 and John married Ono on March 20, 1969 in Gibraltar. In a 1970 interview, when asked about the events surrounding the wedding, he said, ‘it’s all in the song’.
The song he is referring to is called The Ballad Of John And Yoko, the first Beatles single to be released in stereo. I say Beatles  single, but only two Beatles performed on it, John and Paul.
In his biography, McCartney recalls that in April of 1969, Lennon had had a sudden inspiration for the song and suggested that even though George Harrison was on holiday, and Ringo was away filming The Magic Christian the two of them should record it immediately. Lennon brought the song to McCartney’s home on April 14, before recording it that evening. Paul on drums and bass, piano, maracas and harmony vocal and John on lead vocal, acoustic and electric lead guitar, and percussive thumps on his acoustic guitar. It was recorded and mixed in one evening.
The song chronicles the events surrounding the wedding of March 20. Some of the characters and places referred to in the song; The Amsterdam Hilton, where after the wedding he and Yoko flew, and in room 902 held sway for six days inviting the press in and calling it their 'bed in' for peace.
Also mentioned is Peter Brown, who helped arrange the hastily planned wedding in Gibraltar at the British Consulate there. They were turned down for a wedding at sea in South Hampton, and also Paris. Brown was personal assistant to manager Brian Epstein and was in close proximity to the Beatles throughout the sixties.
The song was released on May 30, 1969 with George Harrison's Old Brown Shoe on the B side and went to #1  in the UK while reaching #8 in the US.
Several US radio stations declined to broadcast the song because of what they saw as sacrilegious use of the words Christ and crucify in the lyric.
This Is Susan Kreutzer for The Beatles, Song By Song.
The Ballad Of John And Yoko 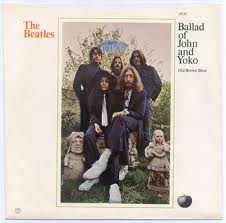 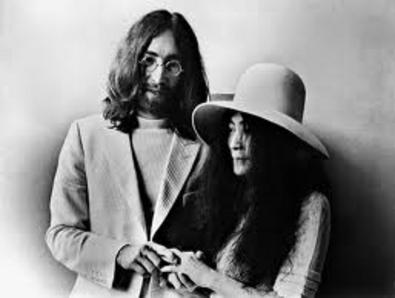 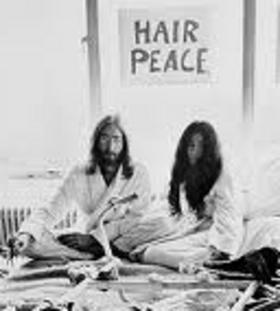 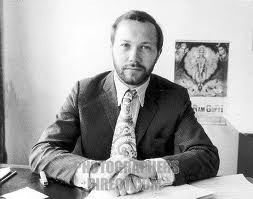