1
All Scripts Copyright Protected
Nicholas DiFabbio
nicholasdifabbio.com
Home
This Boy
Click here to see an in depth written history of this song on our partner web site;
Beatles Music History.
1, 6, 2, 5 in musical terms, is the chord progression that defined the 1950’s,  John Lennon liked and often used that progression in his songs.
Lennon cited the specific inspiration for This Boy a 1961 Smokey Robinson Motown song called I’ve Been Good To You, note the similar feel and chord changes.
The Beatles recorded This Boy on October 17, 1963. At the time they were still unknown in America, but that would change in a few months with the release of I Want To Hold Your Hand and their appearance the Ed Sullivan show.  In fact, they recorded I Want To Hold Your Hand and This Boy on that same October day. This Boy would be the B side of their soon to be huge break out hit.
They recorded fifteen takes of the song. This session marked the first use of the 4 track tape recorder for the Beatles, which allowed them to first record the rhythm track, then vocals and overdubs later.
The recording features an intricate three part harmony which showcased the boys ability to sing in near perfect pitch together while holding down difficult inner, moving harmonies. They had developed this ability by listening and singing hits of the day including Phil Spector's To Know Him Is To Love Him, a 1959 hit for the The Teddy Bears.
This Boy became even more famous than it’s B side appearance when an instrumental version was used during Ringo's towpath scene in the film, A Hard Days Night. In fact, the name given on the sountrack album is Ringos Theme.
This Boy is a snap shot of pure happiness and joy, Beatlemania about to burst. Four lads, happy in anticipation riding a wave that would soon arrive on the world's shores with the power and ferocity up to then not known in rock music. Yes, the world and culture were about to be swamped and swooned by the ebulent energy of a musical group who could write songs that stayed in your head, with voices that commucated to the soul, and be produced with prisitine, classical beauty.
This Boy and The Beatles, perfect together for the ages. 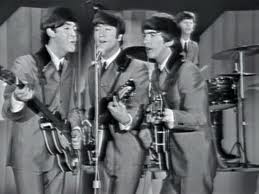 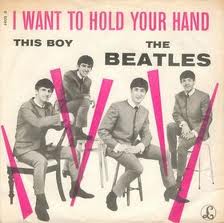 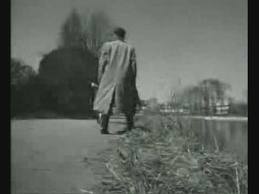