1
All Scripts Copyright Protected
Nicholas DiFabbio
nicholasdifabbio.com
Two Of Us, originally titled On Our Way Home was written by Paul McCartney in early 1969 for his soon to be wife Linda Eastman. It was rehearsed at Twickenham studios by the Beatles in January of that year during the Get Back sessions.
It was during rehearsal for this song that McCartney and George Harrison engaged in a bit of a row over what instruments should be used on it. It’s obvious on hearing this subsequently overblown disagreement that even during this well known acrimonious time for the Beatles, their friendship and respect for each other remained.
On 15 May 1967, Linda Eastman met McCartney at a Georgie Fame concert at the Bag O'Nails club in London.  She was in the UK on an assignment to take photographs of Swinging Sixties musicians. The two later went to the Speakeasy Club on Margaret Street to see the band Procol Harum. They met again four days later at the launch party for the Beatles Sgt. Pepper's Lonely Hearts Club Band LP at manager Brian Epstein's house in Belgravia.  In May 1968, they met again in New York, Lennon and McCartney were there to announce the formation of their new company Apple. In September of that same year, he phoned her and asked her to fly over to London. They were married six months later on 12 March 1969 in a small civil ceremony (her being four months pregnant with their daughter, Mary), at Marylebone Registry Office in London.
Although Two Of Us began as a song for Linda, it becomes clear upon listening that Paul is also talking to John Lennon, because Paul and Linda did not yet have those kind of memories.
Paul enjoyed a wonderfully close loving relationship with Linda, with the both of them together virtually all the time through 2 plus decades.
In 1995 Linda was diagnosed with breast cancer, her condition worsened and she died on April 17, 1998 at the McCartney family ranch in Tucson, Arizona with her family at her bedside.
Paul’s last words to her before she closed her eyes were: "You're up on your beautiful Appaloosa stallion. It's a fine spring day. We're riding through the woods. The bluebells are all out, and the sky is clear-blue".
Two Of Us
All Episodes 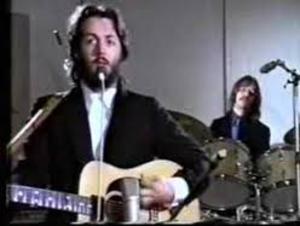 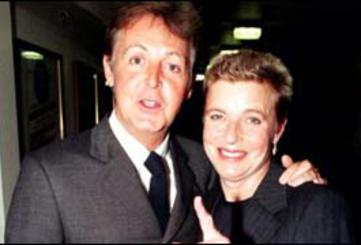 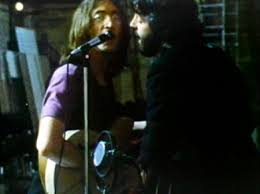 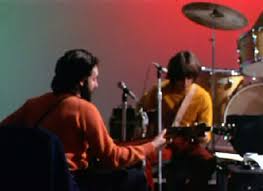 From Let It Be, the overblown row
Paul and Linda
Stream the original recording on Apple Music