1
All Scripts Copyright Protected
Nicholas DiFabbio
nicholasdifabbio.com
Home
We Can Work It Out
If there was one song that encapsulated the personalities of John Lennon and Paul McCartney, and also spotlighted their songwriting partnership, We Can Work It Out would be that song. Paul, ever optomistic and diplomatic and John, caustic and possessing a more fatalistic outlook on life.
In the fall of 1965, during the recording sessions for the Rubber Soul album, the Beatles were informed that they needed a new single release. In keeping with their policy to give people their money's worth, singles were not included on albums, so the new songs they would write for it would not be on Rubber Soul.
The first was Day Tripper a 'made to order song' as Lennon and McCartney referred to it. The second song We Can Work It Out, was more of a personal statement by both John and Paul.
Paul's girlfriend Jane Asher had decided to take an acting job which would take her out of London. It was the first major rift between she and Paul. McCartney, who wrote the verses is trying to find a way to resolve the situation. He brought his idea to John who, in his more impatient downbeat outlook on life, contributed the bridge which which has a passing reference to mortality.
The instrumental track was recorded on October 20, 1965 with further vocal and percussion overdubs in later sessions. At the last minute they added the harmonium which, which is a pedal keyboard instrument that pumps air through reeds producing an accordian type sound. It was just laying around the studio. John played it as a wash over the entire record. George contributed the idea of finishing the bridge section in 3/4 time, which gave it a waltz feel for those few measures.
It was mixed for stereo for November 10. There was disagreement as to which song would be the A side of the single.  All except John thought We Can Work It Out was the better song. John wanted it to be Day Tripper, so it was released as the first ever double A sided single in time for the 1965 Christmas season. The record reached number 1 in both England and America, but airplay showed that We Can Work It Outwas the more popular song.
This Is Susan Kreutzer for the Beatles, Song By Song.
Click here to see an in depth written history of this song on our partner web site;
Beatles Music History. 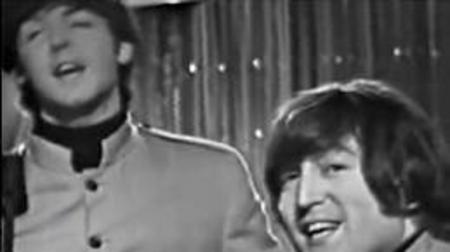 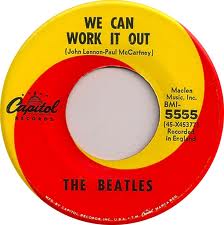