1
All Scripts Copyright Protected
Nicholas DiFabbio
nicholasdifabbio.com
Home
While My Guitar Gently Weeps
Competing with John Lennon and Paul McCartney for space for his songs on Beatles albums must have been a frustrating experience for George Harrison. An examination of The Beatles catalog shows only two songs spread over the early albums, and a song per side from 'Help' on, With Sgt Pepper having only  the Indian inspired ‘Within You Without You’. [Interview]
Then there was the more subtle issue of the work put into those songs. Harrison sometimes felt that his songs were not given the attention of the others. This was the case during the White Album sessions when he introduced his haunting ballad ‘While My Guitar Gently Weeps’ to the group.
George was inspired to write the song from reading the I Ching, which is one of the oldest Chinese classic texts. It says that everything happens for a reason, as opposed to western philosophy which says that happenstance is a random process. So while visiting his mother's home in 1968, he invoked the I Ching and decided to open a book and with the first thing he saw, write about. He saw the words ‘Gently Weeps’.
The song's first verses were different than what ended up on the White Album, they included the line;
'I stand on the wings of the play you are staging'
The Beatles recorded many versions of the song including the beautifully rendered first one on July 25, 1968 which featured only George on acoustic guitar, and organ near the end. It only served as a demo.
On August 16 the song was given a fuller treatment with Ringo on drums, Paul on bass, John on organ and George on guitar. They did 14 takes. This was then transferred to an eight track tape recorder, marking the first time The Beatles would venture out from the older 4 track technology. The now vacant six tracks were filled with overdubs but George was still unhappy, and decided to scrap the whole thing and start again.
On September 5, recording began anew. However one important overdub was still to come. While receiving a lift to the studio from Eric Clapton the next day, Harrison asked him to record a solo on the song. Clapton was reluctant and said ‘no one plays on Beatles records’, but George said it was his song and that it would be OK. Clapton agreed, strapped his Les Paul on and excecuted the beautifully sad solo. George noted that his presence had a positive affect in the studio with everyone on their best behavior. Here is a clip from the solo on his isolated guitar track.
This Is Susan Kreutzer for the Beatles, Song By Song. 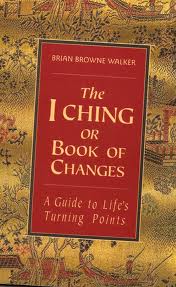 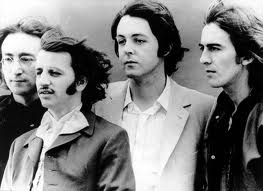 Eric Clapton 1968
Click here to see an in depth written history of this song on our partner web site;
Beatles Music History.
Stream the original recording on Apple Music