1
All Scripts Copyright Protected
Nicholas DiFabbio
nicholasdifabbio.com
Home
Yellow Submarine
It was a chaotic a scene in Abbey Road Studio 2 on the evening of June 1, 1966 described as a zany marijuana influenced romp straight out of a Marx Brothers movie.
It was the overdub session for the new Paul Mccartney song ‘Yellow Submarine’. Mick Jagger and Brian Jones of the Rolling Stones, along with Marianne Faithful and George Harrison's wife Patti Boyd were present that night and participating in the festivities. Engineer Goeff Emerick set up ambient mics and also gave each person a hand held microphone to capture the madness that ensued. Every sound effect was brought out of the closet and used and can be heard in this rare mix of the song.
The back round screams were Patti Boyd, who was usually very quiet.
John Lennon thought the 3rd verse needed something so he echoed the vocal lines while Emerick manipulated his voice to sound as if it were coming from a ships’ megaphone. The first line is not present because the beginning of it was clipped while recording. The group of revelers then convened in the studio’s echo chamber where Lennon screamed his ‘Captain, Captain' line.
Written specifically for Ringo Starr to sing, it had a simple melody to accommodate his limited range. Every album had a lead vocal from Ringo. Earlier songs were cover versions of existing songs. Since The Beatles no longer recorded covers, the song was written specifically for him. Paul McCartney; [Interview]
Producer George Martin and Emerick had complied nautical sounds from the EMI sound effect library and overdubbed them onto the 4 track tape.
Considerable time was spent on an introduction for the song that was never used. John wrote a poem based on the then famous walk taken by doctor Barbara Moore from the southern most tip of England, called Lands End, to the northern tip of Scotland called John O’Groats. John’s poem tied the walk into the story line of ‘Yellow Submarine’. But it was deemed ‘boring’ and not used. Here is the unused introduction.
Yellow Submarine was included on the 1966 'Revolver' album and became the title song for The Beatles 1968 animated film, but to all who were present in Studio 2 on June 1, the song recalls a memorable night indeed.
This Is Susan Kreutzer for The Beatles, Song By Song.
Click here to see an in depth written history of this song on our partner web site;
Beatles Music History. 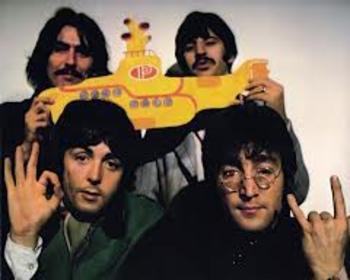 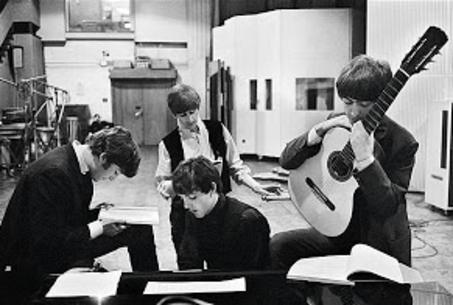 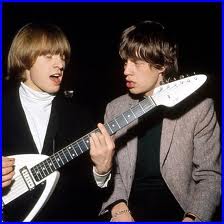 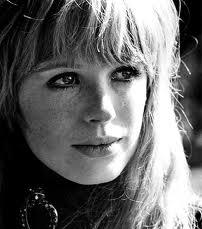 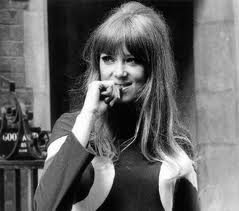