1
All Scripts Copyright Protected
Nicholas DiFabbio
nicholasdifabbio.com
Home
Yesterday
One morning in May 1965, Paul McCartney woke in his upstairs bedroom at girlfriend Jane Ashers home in London with a melody in his head. He immediately went to the piano began playing the chords G, F# minor 7th, B7 and so on, it all fell into place. Paul recalled the moment; He said;'It was all there, a complete thing, I couldn’t believe it’.
[Interview]
That moment of inspiration would turn out to be the most played song of all time.
In fact, Paul thought it was so good that he could not believe that he wrote it. He played it for friends in the music business and asked if they had heard it before. No one had, but everyone thought it was lovely.
[Interview]
During the filming of their new movie Help!, Paul constantly played the melody on a piano which was on the set. So much so that director Dick Lester said ‘If I hear that once more I’ll have to take the piano away’.
At that time the only lyric he had was; 'scrambled eggs, oh my baby how I love your legs'. But while on holiday during a long drive to the southern coast of Portugal, Paul began matching different syllables needed to fit the melody. Da da da became Yesterday, and the rest followed.
But what kind of recording would this be? The rest of The Beatles and producer George Martin knew that heavy guitars and drums would not work on it. [Interview]
Martin suggested a string quartet. [Interview] Paul said no, I don’t want Montovani strings but Martin convinced him to try just a small quartet, and if they didn’t like it, they would take them off. So Paul went to Martins house, and Martin schooled Paul in basic string orchestration with Paul also contributing his musical ideas.
[Interview]
Martin booked four London Symphony Orchestra string players for June 17, 1965 and the song was recorded with only acoustic guitar and strings.
It was not released in England because the Beatles were afraid it would harm their rock and roll image there.
On Aug 14 it was performed live on the Ed Sullivan TV show for 73 million viewers, and immediately went to #1 in US.
It is recognized as the most recorded song in the history of pop music with over 3000 recorded cover versions.
This Is Susan Kreutzer for The Beatles, Song By Song.
Click here to see an in depth written history of this song on our partner web site;
Beatles Music History. 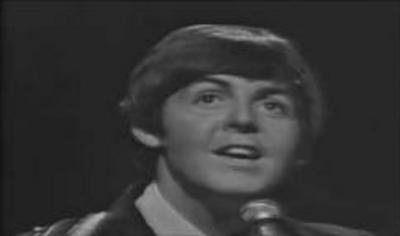 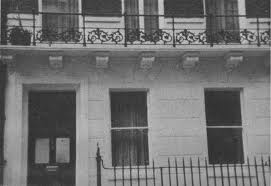 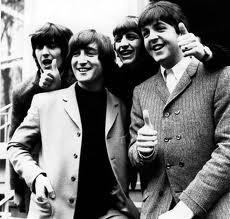 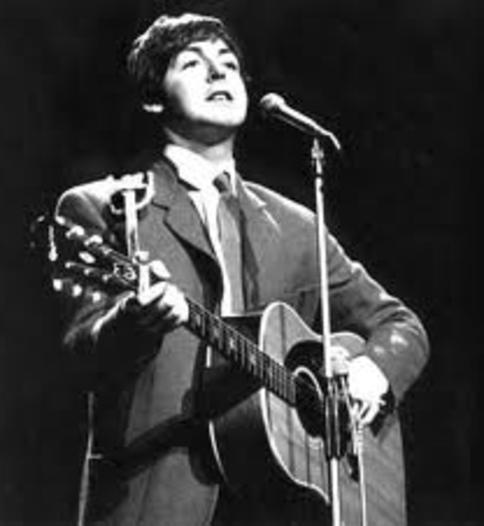