1
All Scripts Copyright Protected
Nicholas DiFabbio
nicholasdifabbio.com
Home
Your Mother Should Know
On Halloween night 1956, Mary McCartney, Paul's mum died of complications from breast cancer surgery. Paul was 14. His father Jim’s sister Ginny stepped in to help ease the transition, and grief. She was one of Paul’s favorite relatives.
Eleven years later, in May of 1967, auntie Gin as he called her was staying at Paul's Cavendish Ave home in London along with her husband Harry and a few other relatives. One evening they congregated in the living room to commiserate and tell stories. Paul sat at the harmonium which was located in the dining room across the hall, he opened the door, and for a few hours just listened. The family atmosphere moved him to write Your Mother Should Know on the harmonium. Paul said that he always hated generation gaps, and felt sorry for people who did not understand those of other generations. His feelings are apparent in his homage to the music of his father and his generation in his dance hall style songs like When I’m 64,  Honey Pie, and also Your Mother Should Know.  Paul later told of how his father used to play piano on New Years Eve and how he loved the old songs and how it influenced his songwriting.
He envisioned Your Mother Should Know as a big dance number for the Beatles upcoming Magical Mystery Tour film, and indeed it was used in the grand staircase number where the Beatles, in white tuxedos with red carnations, descend the stairway in old movie fashion. Because of a crew snafu, they had only three red carnations and a few black ones so Paul wears the lone black carnation. This innocent mistake later contributed to the ‘Paul is dead’ rumors in 1969.
The song was first recorded on August 22,1967 at Chappell Studio’s because Abbey Road was not available, and overdubs were added on the 23rd. This was the last time that manager Brian Epstein visited a Beatles recording session before his death on the 27th. Maybe for that reason, the song was put aside for some three weeks and attempted again on Sept. 16th at Abbey Road, but Paul was still not happy with the result and on the 29th. He and John delved back to Take 9 from the August 22nd and 23rd sessions and added organ played by John, and bass by Paul. They finished it and it was mixed for mono on September 30 and included on the Magical Mystery Tour LP and accompanying film which was released on December 8, 1967.
Another interesting chapter in the astonishingly diverse catalog of John Lennon and Paul McCartney. 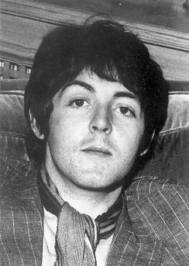 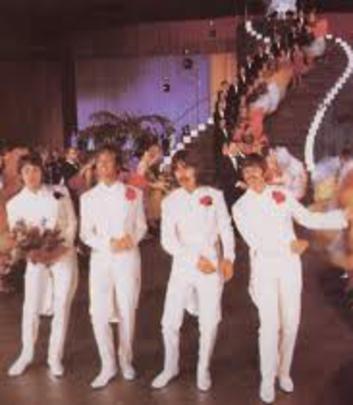 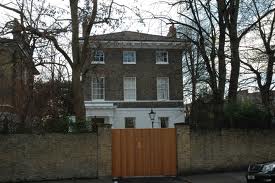 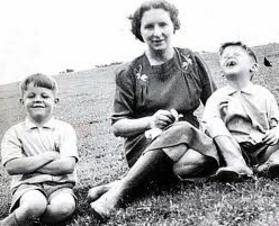 Paul and his brother Mike with their mother Mary
7 Cavendish Ave
St John's Wood, London
A seven minute walk to Abbey Road Studios
Your Mother Should Know from
Magical MysteryTour
Click here to see an in depth written history of this song on our partner web site;
Beatles Music History.
Stream the original recording on Apple Music