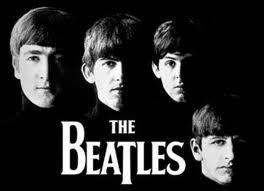 'Welcome to
The Beatles Song By Song
where we tell the stories behind the songs and recordings of the incomparable Fab Four'
This is the official web site for the radio series that tells the back story of over 100 Beatles songs. Each episode is a four minute audio feature that uses an original script based on extensive research, audio interviews and music to create an informative and entertaining listening experience.
The series is written and produced By Nicholas DiFabbio
and narrated by Susan Kreutzer.
Please contact us with comments and questions at;
[email protected],  203 988 5922
Enjoy,
Nicholas DiFabbio
A
Abbey Road Medley Part 1
Abbey Road Medley Part 2
Across The Universe
A Day In The Life Part 1
A Day In The Life Part 2
A Hard Days Night
All My Lovin
All You Need Is Love
And I Love Her
Any Time At All
B
Baby You're A Rich Man
Back In The USSR
The Ballad Of John And Yoko
Because
Being For The Benefit Of
Mr. Kite
Birthday
Blackbird
C
Can't Buy Me Love
Christmas Compilation
Come Together
The Continuing Story Of
Bungalow Bill
F
From Me To You
Free As A Bird
The Fool On The Hill
D
Day Tripper
Dear Prudence
Doctor Robert
Don't Let Me Down
Don't Bother Me
The Decca Audition
Drive My Car
E
Eleanor Rigby
Eight Days A Week
Everybody's Got Something To Hide Except For Me And My Monkey
I
I Call Your Name
I Want To Hold Your Hand
I Am The Walrus
I Feel Fine
I Me Mine
I Wanna Be Your Man
I Want You (She's So
Heavy)
I Will
I'm A Loser
I'll Cry Instead
I'm Looking Through You/
You Won't See Me
I'm Only Sleeping
I'm So Tired
India Songs
I Saw Her Standing There
If I Fell
In My Life
I'll Follow The Sun
G
Get Back
Getting Better
Girl
Glass Onion
Good Day Sunshine
Good Morning Good Morning
Goodnight
H
Happiness Is A Warm Gun
Hello Goodbye
Here, There And Everywhere
Help!
Helter Skelter
Here Comes The Sun
Hey Bull Dog
Hey Jude
Honey Pie
M
Magical Mystery Tour
Maxwell's Silver Hammer
Michelle
Mother Natures Son
N
Norwegian Wood
Nowhere Man
J
Julia
L
Lady Madonna
Let It Be
Love Me Do
Lucy In The Sky With Diamonds
The Long And Winding
Road
P
Paperback Writer/Rain
Penny Lane
Please Please Me
S
Savoy Truffle
Sgt Peppers
Lonely Hearts Club Band
Sexie Sadie
She Loves You
She's A Woman
She's Leaving Home
She Said She Said
Something
Strawberry Fields Forever
O
Obla Di Obla Da
Octopus's Garden
R
Revolution
Rock And Roll Influences
W
We Can Work It Out
When I'm 64
While My Guitar Gently
Weeps
With A Little Help
From My Friends
Within You Without You
T
Taxman
That'll Be The Day
The End
This Boy
The Word
Ticket To Ride
Tomorrow Never Knows
Two Of Us
Twist And Shout
Y
Yellow Submarine
Yer Blues
Yesterday
You Can't Do That
Your Mother Should Know
You've Got To Hide Your Love Away 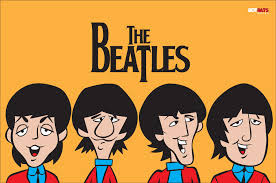 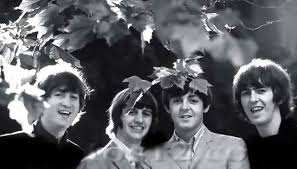 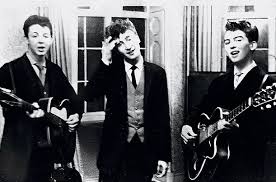 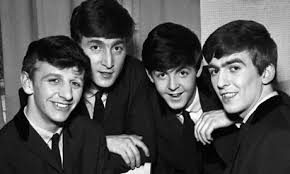 All Scripts Copyright Protected
Nicholas DiFabbio
nicholasdifabbio.com
It was early June 1967 during a Beatles recording session, Paul McCartney casually asked John Lennon how it was going with that new song he was to write for an upcoming TV broadcast. Paul reminded him that it was only two weeks away. John said, 'Oh god is it that close? I better write something'. That something would turn out to be the anthem of a generation; All You Need Is Love.
It was to be the first worldwide television satellite hook up. On June 25th, 1967 newly orbiting satellites would link and connect television networks from 26 countries. John Lennon remembered.
As George Harrison also recalled.
The Beatles would represent England while they played John’s new song for 500 million people around the world.
John loved slogans and the power they had to unite people, and his simple song about love was perfect for it’s time, because 1967 was being called the Summer Of Love.
Since Studio 1 at Abbey Road was being readied for the broadcast, the Beatles would have to record the rhythm track at a different location, Olympic Studios. Back at Abbey Road, backing vocals would then be overdubbed. Here is a clip from that vocal session. Note that the orchestra has not yet  been added.
On the evening of the broadcast, the backing track would be played into their headphones. However, John’s lead vocal, Paul’s bass, George’s guitar solo, plus the full orchestra, would be performed live. The pressure of the decision to perform those parts live mounted on the evening of the 25th as zero hour approached. John was chain smoking and chugging milk, being terrified of forgetting the lyrics. George, often not confident of his guitar playing was worried about making a mistake on the solo. To add to the drama, only seconds before the broadcast, the BBC video truck lost communication with the studio and George Martin had to relay the director’s instructions to the studio.
As would happen, John did flub the lyrics in the second verse. This is the reason the video cuts to the audience during that section. The lyric was later fixed in the studio. George also hits a clunker at the end of his solo which is still somewhat audible on the final master.
But the rest was flawless. All in a single unforgettable take. And the powerful simple message went out to the world.
The single was released two weeks later and became a worldwide #1 hit.
All You Need Is Love 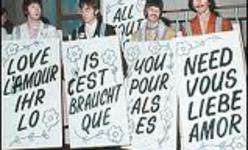 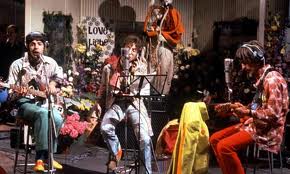 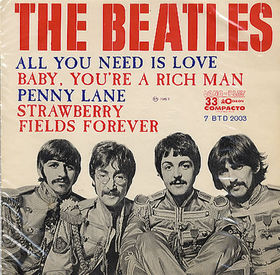 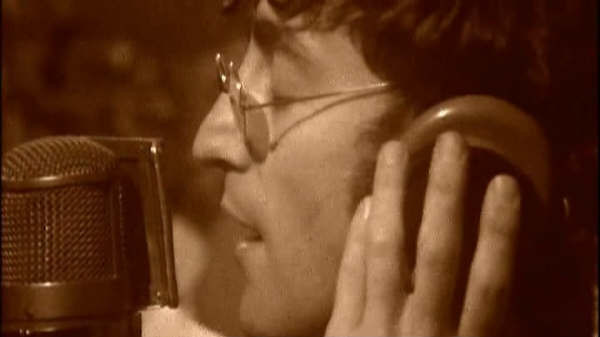 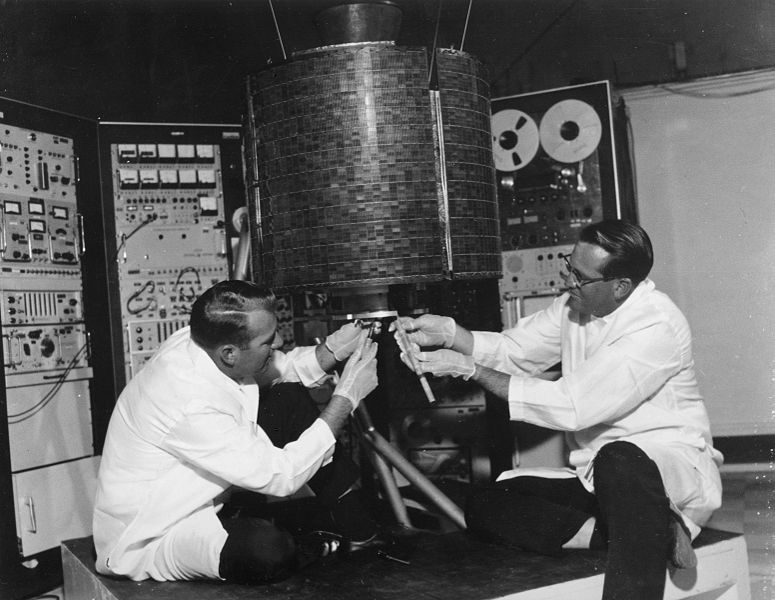